2018 Honda Civic for Sale in Brampton, ON 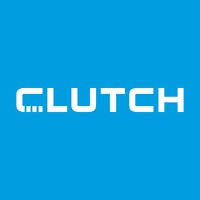 Dealing with Achilles mazda right now and they have been excellent to work with so far, very accommodating.

The experience was good overall. It was slower than I anticipated but I guess they have a lot of customers to deal with. I did not like the fact that under the back seat was filthy. It was a used car, purchased as is but that's no excuse. I'm still happy as it was a great deal.

Achilles Mazda has been fantastic to deal with. We are extremely happy with the level of service.

Quick response to my inquiry. Dealer was courteous and honest about vehicle history. Vehicle was very clean inside and out. Worked well for me to help get me the vehicle I wanted. Of course I would recommend this dealer. Thankyou Asad!

True to his words

this place was awesome

The have followed up numerous times and they have good prices. I am going to see them

They replied... Good enough. Will keep tabs on their website.

Was good honest about truck

I didn’t realize how big this dealership was. The experience was great. They went above and beyond to deliver.

The Salesperson is good.

Quick response but ad still up after stating vehicle sold.

Online it was listed with 1 accident with minor damage, but went to dealer to see the car and asked to see the accident report more in depth turns out it was a major accident over 14k damage to front of car! No wonder dealer hesitated to show actual report i had to ask a dozen times. Good to take in depth look at any accident reports.

He was very informative and polite and did his best to accommodate me.

I had requested additional information related to a possible purchase of this vehicle on two occasions without the courtesy of any response containing this info. The only reply was an email from a salesman with his name & tel number. I further requested info without any response at all! Very poor customer service suggesting this dealership must have too much business to care! Very disappointing

They raised the price 2k while I was negotiating,When I questioned that â-they would not respond anymore. Iâm done with that dealer!

They were very easy to deal with so far and I am to pick my car up in a couple of days.

Contacted this dealer during about a vehicle seen online. Very prompt response. Extended quick efforts to arrange a test drive. Very interested in helping with my search. Nice people.

Tom was very helpful. Great salesman. Would recommend them to all.

quick to respond and helpful. Good to deal with

Mr. Motor replied to me right away and answered my questions. The shop was overall pretty helpful.

I had to contact them 2 times before they replied. Told me they don't take a 2009 BMW with 93,000 km. because they consider it too old. I was qiute shocked and disappointed.

wrote me back and explained the new company policies due to Covid-19. Very respectful and professional over email.

He was so helpful, and very Professional,

I bought this car. Thanks car gurus it was your add i saw it in. MVL was very easy to deal with. They even arranged to have it shipped.

So far this has been a positive experience. I have been incontact through email since this is in the mist of COVID. Ryan has been prompt and answered all my questions so far.

Out of all the dealers I tried to contact, they were the only ones who actually replied to me, and on the same day too

The staff were knowledgeable and very nice. The deal was ok and the vehicle was in pretty good shape.

The dealer was very helpful.

It has a professional auto sales store and very valuable employees.

I was contacted by Coliseum asking abgout when I might want to come for a test drive I had not responded due to my schedule.

The staff at Tabangi Motors were great to deal with. Zack was our sales person and he was prompt, courteous, and very helpful to get us a great deal on our new vehicle.

Great got to me quickly.

The classic Honda Civic is easily one of the most important cars on the market, so when Honda released a downgraded version in 2012, the company disappointed buys as competitor models moved towards more upscale, full-featured compact cars. Honda thus gave the 2013 model a hasty facelift, but this stop-gap measure merely brought back older features. Then, in 2016, the Civic received a long-overdue revamp; Honda completely redesigned the model from the ground up, rocketing the Civic back to the forefront of the compact segment. Therefore, for its 2018 Civic model, Honda has decided to leave well enough alone and only make minimal updates.

The latest Civic sedan has a more aggressive shape than others in its class, such as the Toyota Corolla, Chevrolet Cruze, Mazda Mazda3, Ford Focus, Volkswagen Jetta, and Nissan Sentra. Its wedged shape, sharp creases, large front apertures, and multifaceted lights may be too bold for some, but despite this design, many shoppers still place the Civic high on their shopping list. There are five basic trims for the Civic: LX, EX, EX-T, EX-L, and Touring. Each trim offers increasingly upscale and complex features than the next, giving buyers plenty of options regardless of their budget.

Honda continues to offer buyers a choice between two engines in the Civic. The base engine is a 2.0-liter inline four-cylinder with 158 horsepower and 138 lb-ft of torque, which comes with either a 6-speed manual or a continuously-variable automatic transmission (CVT). Buyers who opt for the EX-T, EX-L, and Touring trim levels get a 1.5-liter turbocharged inline four-cylinder engine with 174 horsepower and 162 lb-ft of torque. However, the EX-T offers a choice between manual or CVT whereas the higher-end EX-L and Touring trims only come with the CVT.

The Civic’s interior impresses with its upscale, logical, and attractive design. Honda has eliminated the Civic’s controversial bi-level dashboard seen in the two previous models, replacing it with a conventional setup with a minimal, easy-to-read switchgear. The instrument cluster displays speed and other information on a clean and concise LCD screen. The Civic also includes a great array of standard features, such as an electronic parking-brake, standard automatic climate control, and a 5-inch color infotainment system with USB connectivity and Bluetooth. Buyers can also upgrade to a larger infotainment system with CarPlay and Android Auto and add features like push-button start, dual-zone climate control, heated seats, and LaneWatch, which uses a camera mounted on the right side-mirror to give the driver visibility in that area during lane changes, right-hand turns, or parallel parking.

Honda clearly prioritized safety when designing the current Civic as evidenced in its Top Safety Pick rating by the Insurance Institute for Highway Safety (IIHS). The Civic receives top scores in all crash categories, and it includes safety features like a standard reversing camera and the Honda Sensing suite, which is available on every trim. The Suite bundles automatic emergency braking, collision warning/mitigation, lane-keeping assist, and adaptive cruise control for an IIHS rating of Superior in terms of frontal crash avoidance.

The Civic has traditionally excelled among its competitors, and the 2018 model is no exception. With an attractive blend of style, technology, fuel-economy, and safety, anyone looking for a car in the compact segment would be hard-pressed to ignore it.

Top rated dealers near you with 2018 Honda Civic for Sale