should I replace camshaft position sensor?

my daughter has a 1999 saturn and all of a sudden it just randomly wont
start, there is power it just sometimes wont turn over but if it sits for about
twenty min or so it turns over like there was no problem.. took it to
advanced auto and they tested it and said it came back stating it was the
camshaft positioning sensor... as I look around I see that someplaces say
that would not be case and that it could be as simple as replacing plugs...
Help! it is my daughters first car and has run great up until this point ... now
I cant even let her take it until I figure this out and do something any
expertise would be greatly appreciated...

to your question..i answer no...

Ok than should I try the spark plugs or is there other options perhaps I am not aware of...

Yeah start with the spark plugs then I would move on to the camshaft sensor if that's not It. 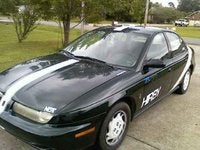 Looking for a Used S-Series in your area?

CarGurus has 1 nationwide S-Series listings and the tools to find you a great deal.