Helly my name is Dicky and  i have and i have
problem with 2008 opel corsa utility 1.4 bakkie. It
recently started mixing oil with the water but the
top was blown. So i figured i should i replaces the
old gasket  with a new one. Start was on point
upon replacing the ruined oil and oil filter. But it
idled for while with a high REV. But i was told that
the idle sensor could be faulty. Soo i got a new one
also and started it again and it rawed perfectly  but
as soo at the temperature was at 90 or rather in
middle. The fan kicked and the car switched off. I
started it again and took on the road. It would
perfom ok and after a while it would just suddenly
lose power as if the is no flue reaching the engine.
So please help what could be the issue?

GuruBV925 answered about a year ago

Hi guys help me here I have opel corsa utility 1.4 (2010 module) when I start its run and stop itself without turning the key off and when we start again in fuse box there is a relay looks like it's trapping when started or running. So I try to replace relay but for fuel pump I dont know where it is situated. Help me please as some say I must get wiring guy to help me with fuse box not to trap the electric power for a car.

GuruSZXV4 answered about a year ago

I drive Opel astra 1.6 2007 model when I am driving it when it get on stop sigh it did not want idle even when I try to start it keep on starting but not turning crank there is no one mechanic know the problem please help me what to do

Johann_Swanepoel answered about a year ago 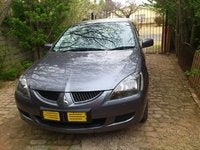 Looking for a Used Corsa in your area?