I tried turning on my radio today. Nothing
happened. I have a 1999 Honda accord 2
door. I stopped by Auto Zone and asked if
someone could come outside and check my
fuses. A guy came out and opened the hood.
He removed the top off a blk box. He said
there wasn"t anything under the top about a
radio fuse. He then popped open something
on the left drivers side panel. He said no
radio fuse to replace. Take my car to a
machinic and have him pull out my radio.
Maybe after plugging imy cell charger into
the cig lighter caused it. I wanna know is
there a fuse for my radio? 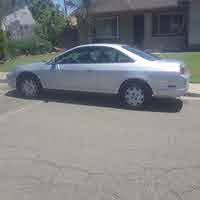 Yes in fuse panel inside the vehicle

Thanks harleynut61. I wish i had been patient. I stopped by a shop that i took my car to have my alarm installed. He opend a panel on the passanger side. Popped out the fuse and put in a new. Took 2- 3 mins top. He charged me $20. I asked how much for the fuse? He said $1. He said the rest was labor. I just about said! Take ur fuse out. Ill go buy one and do it myself. I didn"t though. I handed him a $20 he walked away ( no reciept) and i drove away. I went on Yelp and gave a review about it. He'll never get my business again. Im so glad my Dad taught me how to change a tire and check my oil and transmission fluid when i was a teen. I could've replaced my fuse if i had taken the time to find out where it was. He took me back to school. Lesson learned.