Used Nissan Pathfinder for Sale in Pickering, ON

Responded to my query immediately and also followed up.

Pricing is deceptive. They want another $1,000 on top of the advertised price to have the vehicle ready and safety check.

Connected in a timely manner 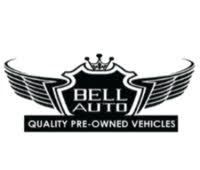 Mathew made everything go so smoothly right from the beginning to all the way of me driving away with a great deal! Absolutely no pressure. Now I have my daughter looking for her next car there. Would recommend Roger’s Motors to everyone.

After visiting several dealers ,Mat at Rogers motors was a real pleasure, this is the way every car buying experience should be.

They replied, but I cannot buy extra car due to high insurance premium

Very excellent service! I love the car I got, I compared price with other dealership and Autotech had the best price for the car I got. I Highly recommend!

Great communication with customers. Unfortunately I did not purchase the vehicle, I would definitely return here when I need a vehicle Great job Everett

When I got there they did not have the vehicle I had requested to see and tried to show me ones that were double the price.

I didn't end up making the purchase but they were very helpful and accommodating. Great communication and not too pushy.

They called with pricing

Owner responded, we set up a meeting time and he presented his vehicle. It was quite beautiful as he claimed. Price was also promptly provided.

Dave A was very professional all the way. He is the best

From first phone call till signing papers- communication was very good. Sales guys were knowledgeable and willing to help. Environment at dealership pleasant - safe. Very satisfied with purchased vehicle. Looking forward for first service (because I’m curious to see how service department works) to get complete picture of dealership. At this moment - very satisfied customer

Responded and was patient

Caroline Dealership The people are very friendly and the customer service is great. I really like Monica.

They were good we bought the 2019 ford transit

Robert was great ! I purchased the vehicle

Got my questions answered

They answer my questions promptly

Joe was very helpful, the process was casual and without pressure.

Giuseppe Sangninesi showed me the Genesis i was interested in, drove with me on a test, was gracious, knowledgeable, and thoroughly professional throughout.

Called to give me an update right away.

They contacted me the salesman was very professional and worked very hard to work out a deal . We are still working together to make the deal work

responded quickly to my inquiry

My dealer Alan really knew what he was doing, he made the whole process of getting my first car super easy and fun. Im glad I was linked up with him for this experience.

The Pathfinder originally came in a two-door body style only, but switched to four-door in 1990. Early Pathfinders had the appearance of a truck with a canopy fused on top.

As sport utility vehicles grew in popularity, the Pathfinder evolved into a more sophisticated and comfortable vehicle. The corners became more rounded, and overall the Pathfinder grew into a larger and more attractive vehicle.

The Pathfinder was last redesigned in 2005, and a new Pathfinder is expected in 2008.

Top rated dealers near you with Nissan Pathfinder for Sale