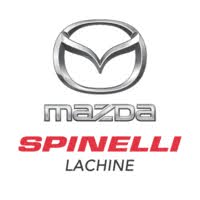 Everyone was professional and dealt with me in an honest manner.

we dealt with a man called Alex St-Pierre. he was wonderful! understood our needs and wasn't judgement of our budget. if we ever have dealings with Mazda 220 again we will be sure to seek him out.

They responded quickly and was able to see the car the next day. Very courteous Joey was great!! Would definitely recommend this dealership

Excellent a répondu a mes attentes

I'm still dealing with this dealer. There was a bit of a mix up as I called the dealer ship and spoke to a sales person who only dealt with new vehicles. I've been contacted since

Autos BB was a great experience for buying my first JEEP. Friendly emails and they answered all my questions promptly by telephone. The vehicle was ready for my test drive when I arrived at the dealership. Outstanding customer service! Highly recommend.

They were very attentive to your needs and eager to be of assistance.

Contacted them and they got back to us very promptly, providing information on the vehicle in question.

I was contacted by the dealer for a road drive but i changed my mind regarding the car.

Good but the car was already sold

My dealer's experience was exceedingly satisfactory..

I was well attended to

Car was sold and still on sight

I contacted them to get their "best price" as per the car gurus request form. I received a response asking to set up a time when I could come in and discuss the purchase. That's not what I asked. In fact, no dealer I contacted responded differently. I guess Canadian car dealers don't want to give up their "game".

They even very nice

Unveiled in August, the 2013 Nissan Sentra, the seventh generation of the Japanese automaker’s small sedan, was long overdue for an overhaul. Fighting what appeared to be a long battle against models such as the Ford Focus, Honda Civic, Hyundai Elantra and Mazda3, Nissan made numerous changes to the Sentra. Many of those changes result in the Sentra looking like a smaller version of Nissan’s top-selling sedans, the Altima and Maxima, especially with new upscale styling cues added inside and out.

Six trims are available to 2013 Nissan Sentra buyers: S, FE+ S, SV, FE+ SV, SR and SL. All Sentra trims make their way to dealer showroom floors with a 1.8-liter DOHC 16-valve inline 4-cylinder direct-injected MRA8DE engine—a change from the 2.0-liter MR20DE and 2.5-liter QR25DE inline-4 engines found in last year’s Sentra—that makes 130 hp and 128 lb-ft of torque. The S trim is equipped with a 6-speed manual transmission, while the other trims are paired with an Xtronic continually variable transmission (CVT), which is an available option for the S trim. All trims are front-wheel drive, powered by regular gasoline and estimated by the EPA to get 30 mpg city. The S, SV, SR, and SL trims are rated at 30 mpg highway, while the FE+ S and FE+ SV trims are estimated to achieve 40 mpg highway.

Safety features found on all 2013 Nissan Sentra trims include the Nissan advanced airbag system with dual-stage supplemental front airbags, driver and front passenger seat-mounted side-impact supplemental airbags, roof-mounted curtain side-impact supplemental airbags for front and second-row seats, a 4-wheel antilock braking system with electronic brakeforce distribution and brake assist, vehicle dynamic control with traction control and a tire pressure monitoring system. A vehicle immobilizer is available on all trims, while a vehicle security system is standard on all trims except the S and FE+ S trims.

With a complete redesign, thee 2013 Nissan Sentra is trying to carve a new path in the accordable small sedan market. Competition is stiff, with nearly every major automaker offering at least one competitor to the Sentra, sometimes even two. However, with the redesign and the improved fuel mileage achieved from the new 1.8-liter 4-cylinder engine, Nissan should find itself with another winner. The 2013 Sentra should be available at Nissan dealerships in the late fall or early winter.

Top rated dealers near you with 2013 Nissan Sentra for Sale