The Best 4x4 SUVs to Buy in Canada Today

Whether you’re a serious off-roader, you regularly deal with brutal winter conditions, or you just want the peak of performance available to you in your new car wherever you happen to find yourself, there are plenty of reasons why drivers seek out four-wheel drive in SUVs. 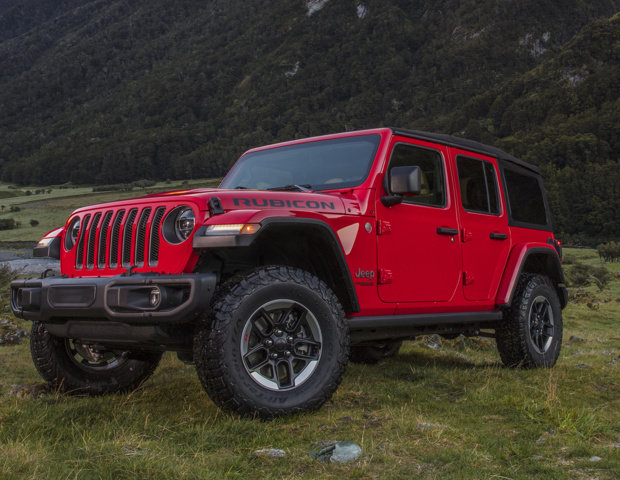 Four-wheel drive (4WD) is distinct from all-wheel drive (AWD) in that it’s generally designed for off-road capability and to handle more extreme conditions such as deep snow or hazards like water fording or rock climbing. It often comes with features like a transfer case and locking differentials that give the driver significantly more control in varying environments along with plenty of ground clearance for getting through unusual obstacles, though prospective owners will want to weigh its functionality against factors like lower fuel economy before making a decision.

Here are 10 of the best 4x4 SUVs available in Canada, including options for families of all sizes and budgets. 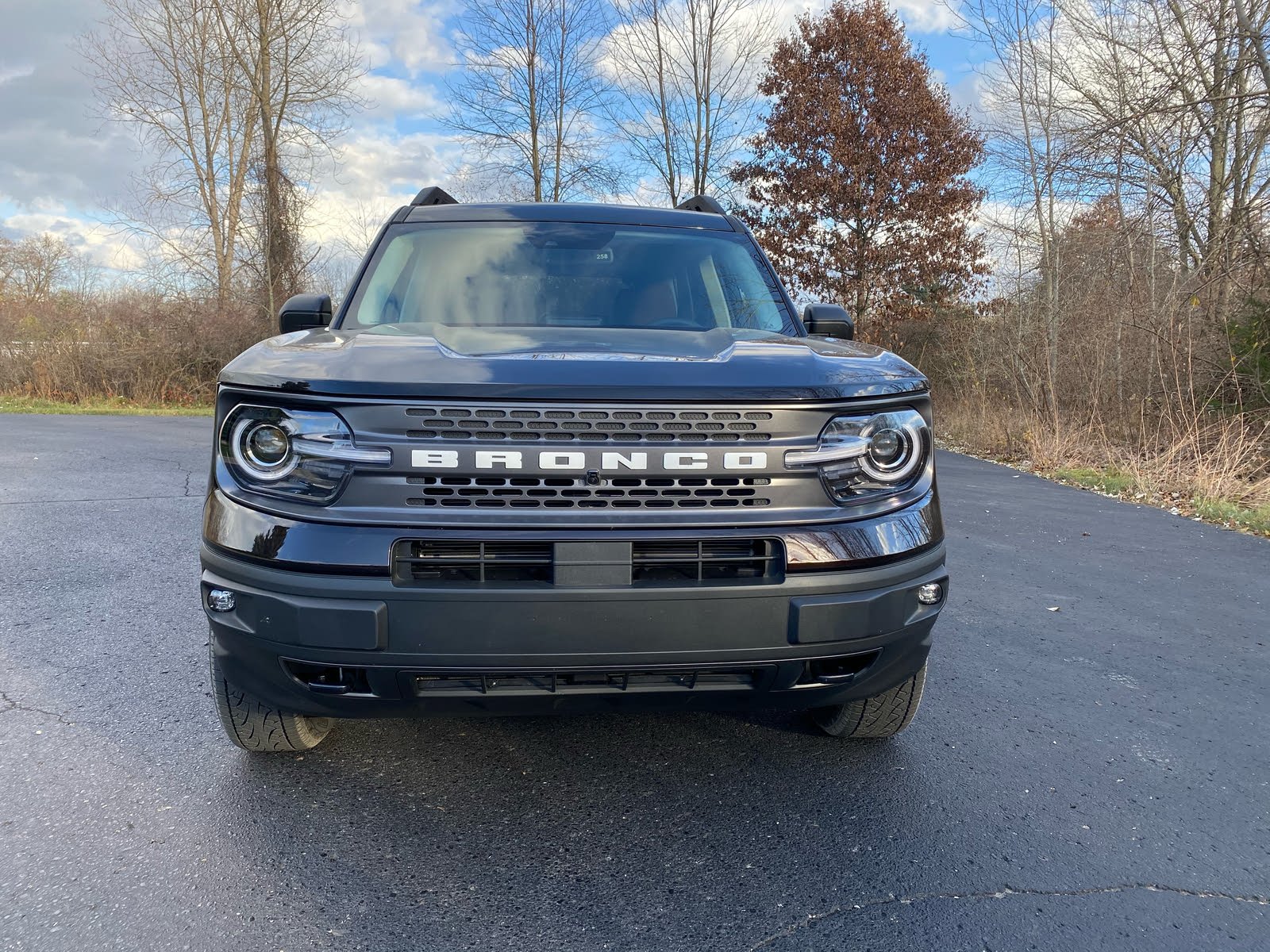 The smallest SUV on this list is also the newest, arriving in Canadian Ford dealerships in early 2021. Dubbed the ‘Baby Bronco’ by enthusiasts, this small SUV and sibling to the larger Bronco is classed as subcompact, and it’s one of the more family-oriented crossovers available with four-wheel drive. Though it’s sold with a simpler feature list, all trim levels include standard 4x4 capability, and the top-of-the-line Badlands grade includes a twin-clutch rear-drive unit with a differential lock feature, a class-exclusive offering. The Bronco Sport will start with a Canadian MSRP of $32,199. 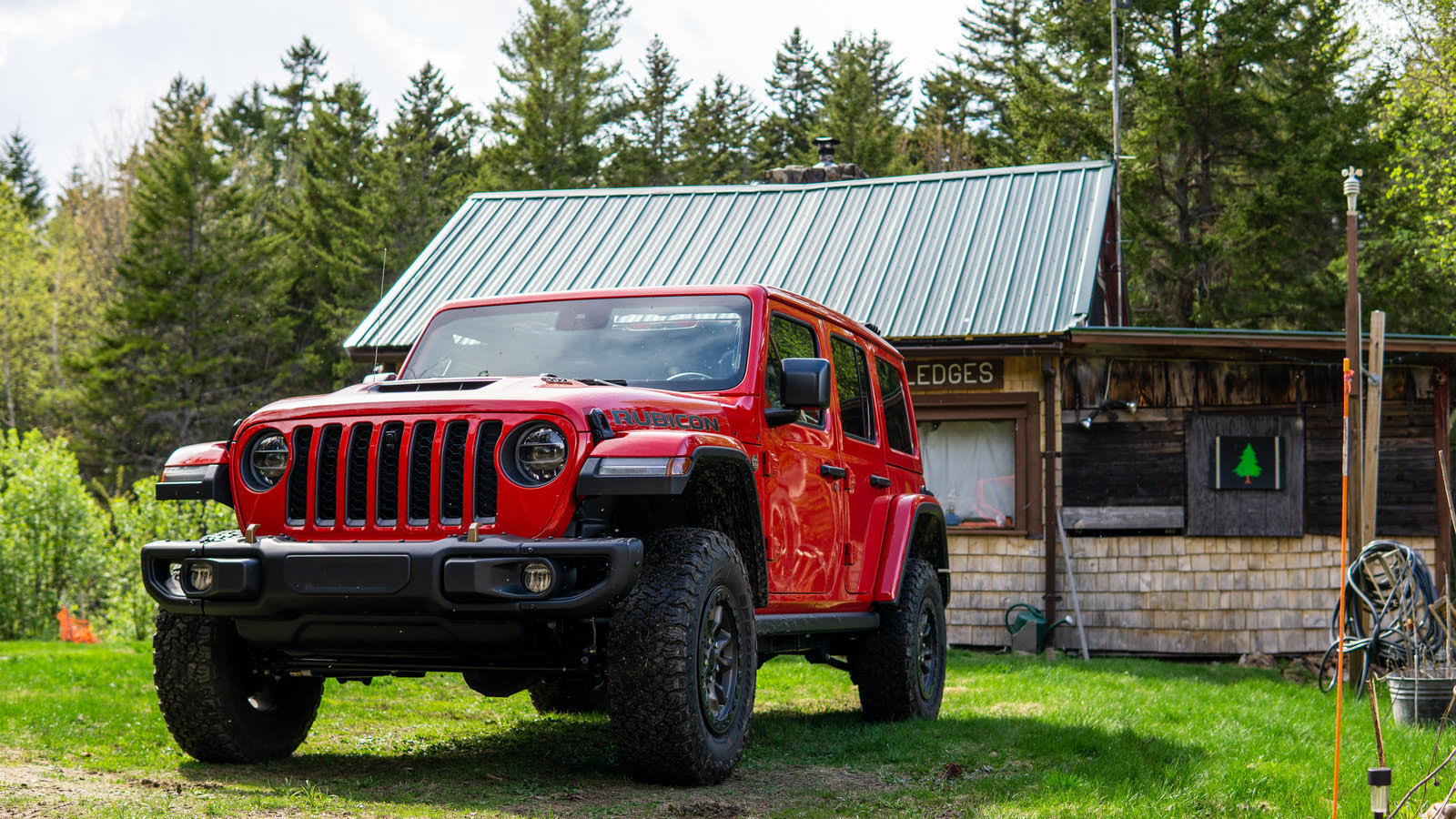 When one thinks of the ultimate 4x4 off-roader, the Jeep Wrangler is often the first vehicle that comes to mind. For 2021, two different systems are offered to help Wrangler owners tailor their choices to their own needs: Command-Trac, which can shift from two-wheel drive to four-wheel drive on the fly at speeds up to 72km/h, and Rock-Trac, with electronic locking differentials and a two-speed transfer case with a 4:1 low-gear ratio as featured on Wrangler Rubicon models. There are 16 Wrangler iterations to choose from, and pricing starts at $34,766. 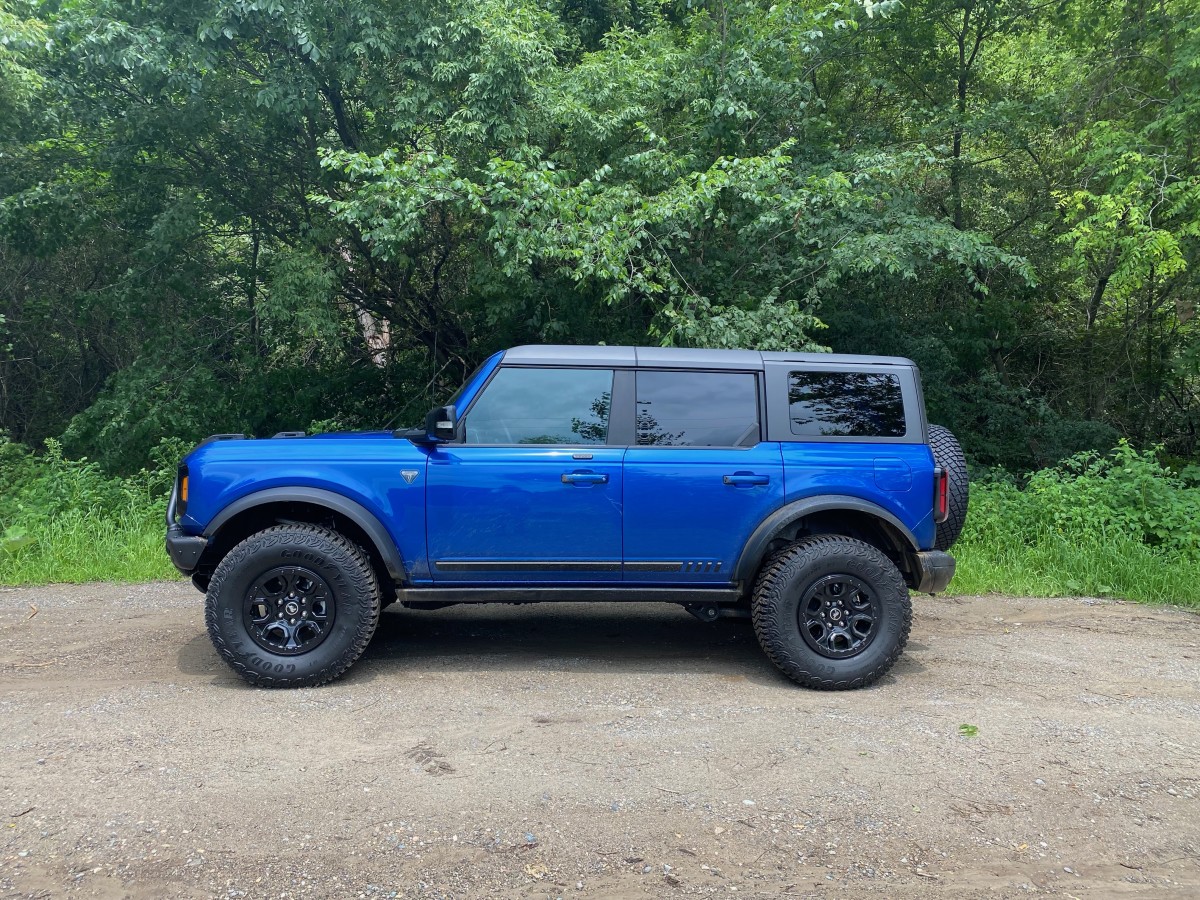 It’s perhaps optimistic to put the revived Ford Bronco on the list of the best 4x4 SUVs for 2021 since it won’t be released until the summer, but its hotly anticipated arrival is too big to ignore. Two different 4x4 systems will be offered: the base system includes a two-speed electronic shift-on-the-fly transfer case, while the optional system features a two-speed electromechanical transfer case with auto mode for switching between 2H and 4H without driver intervention. Two-axle electronic locking differentials are available as well. With both two-door and four-door layouts offered for the first time to go with attention-grabbing styling, pricing starts at $40,499. 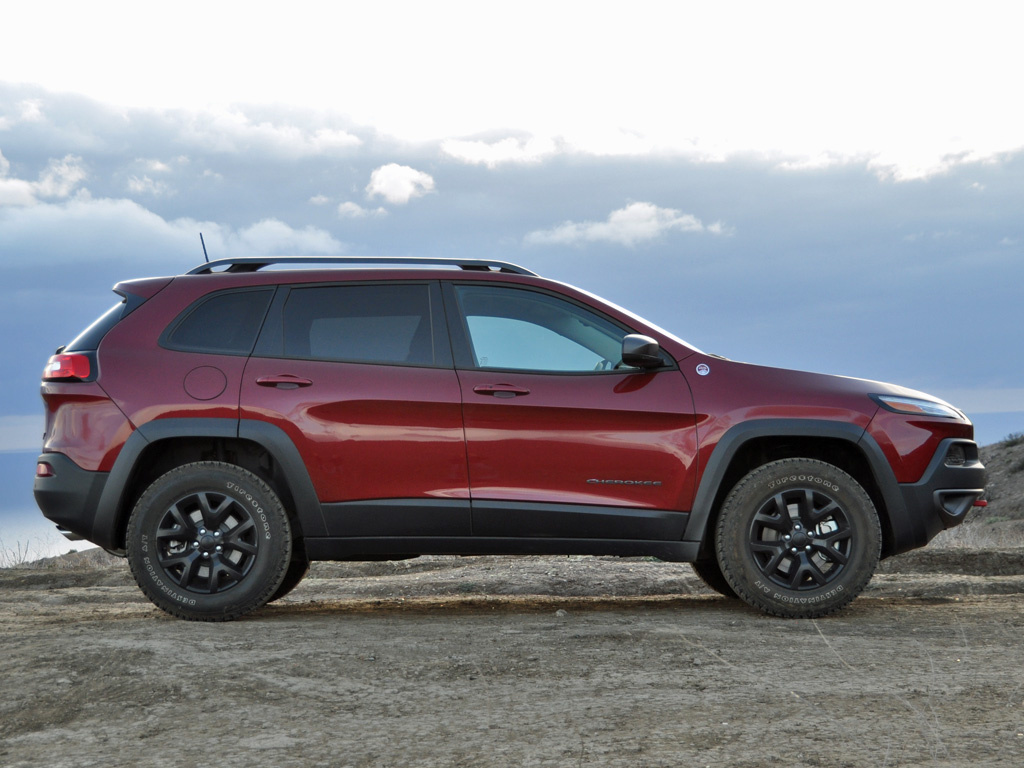 All-wheel drive is everywhere, but four-wheel drive is an unusual find in compact crossovers. For those who prefer a more traditional ride than the Wrangler but still want 4x4 capability in a compact SUV, the Jeep Cherokee’s available Active Drive Lock system integrates 4-low mode, locking front and rear driveshafts, and a mechanical locking rear differential. The upgraded system is included on Trailhawk models, which start at an MSRP of $37,104. 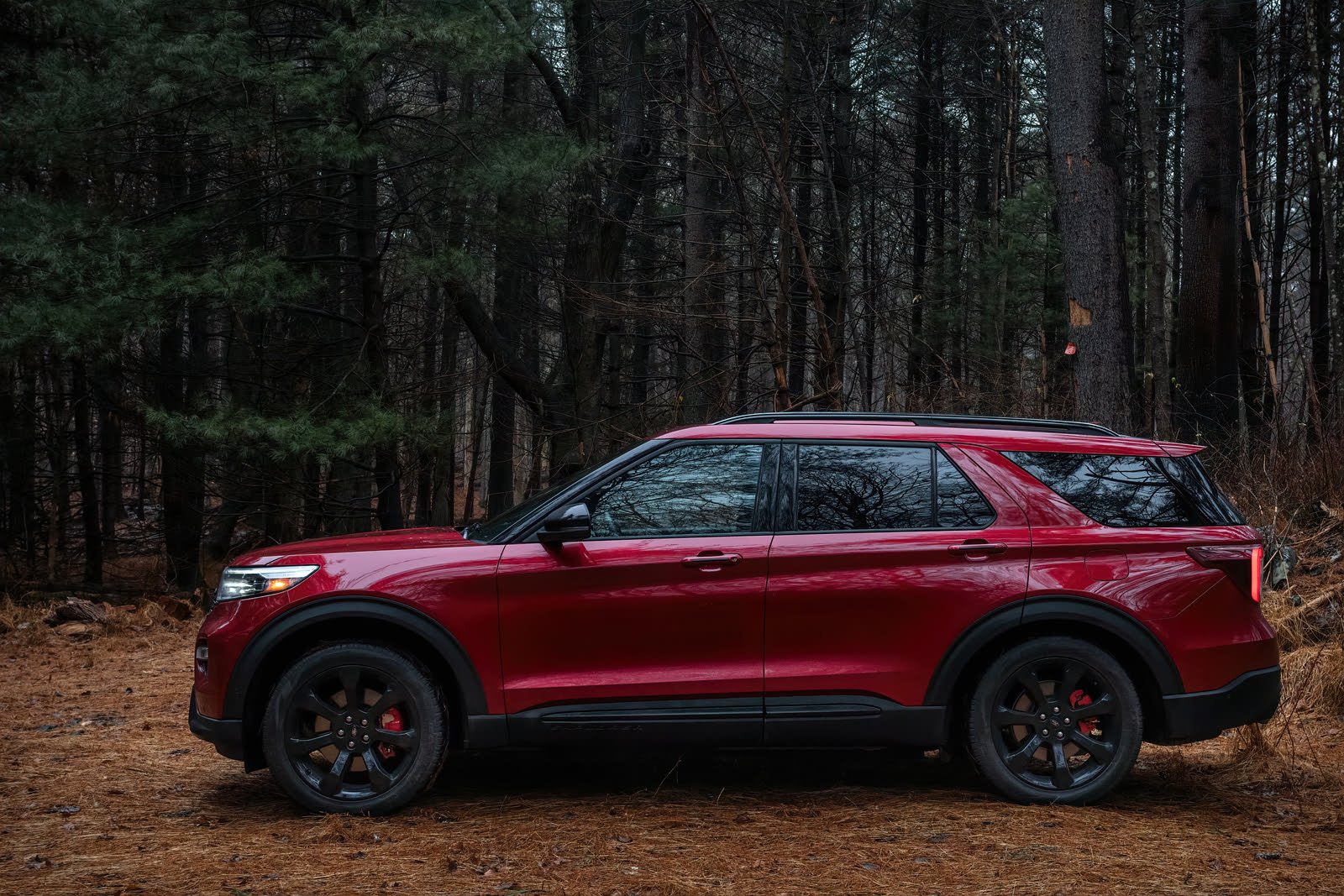 The Blue Oval’s three-row SUV was redesigned for the 2020 model year to incorporate numerous upgrades, including a switch to a 10-speed automatic gearbox and rear-wheel-drive architecture that makes it great for towing with a maximum towing capacity of 2,540 kg (5,600 lb) when properly equipped with the turbo V6 engine instead of the turbo four-cylinder. In Canada, Ford’s four-wheel-drive system is standard on all models and integrates available hill descent control and seven-mode terrain management system for ease of use. Pricing here begins at an MSRP of $45,549 for the XLT. 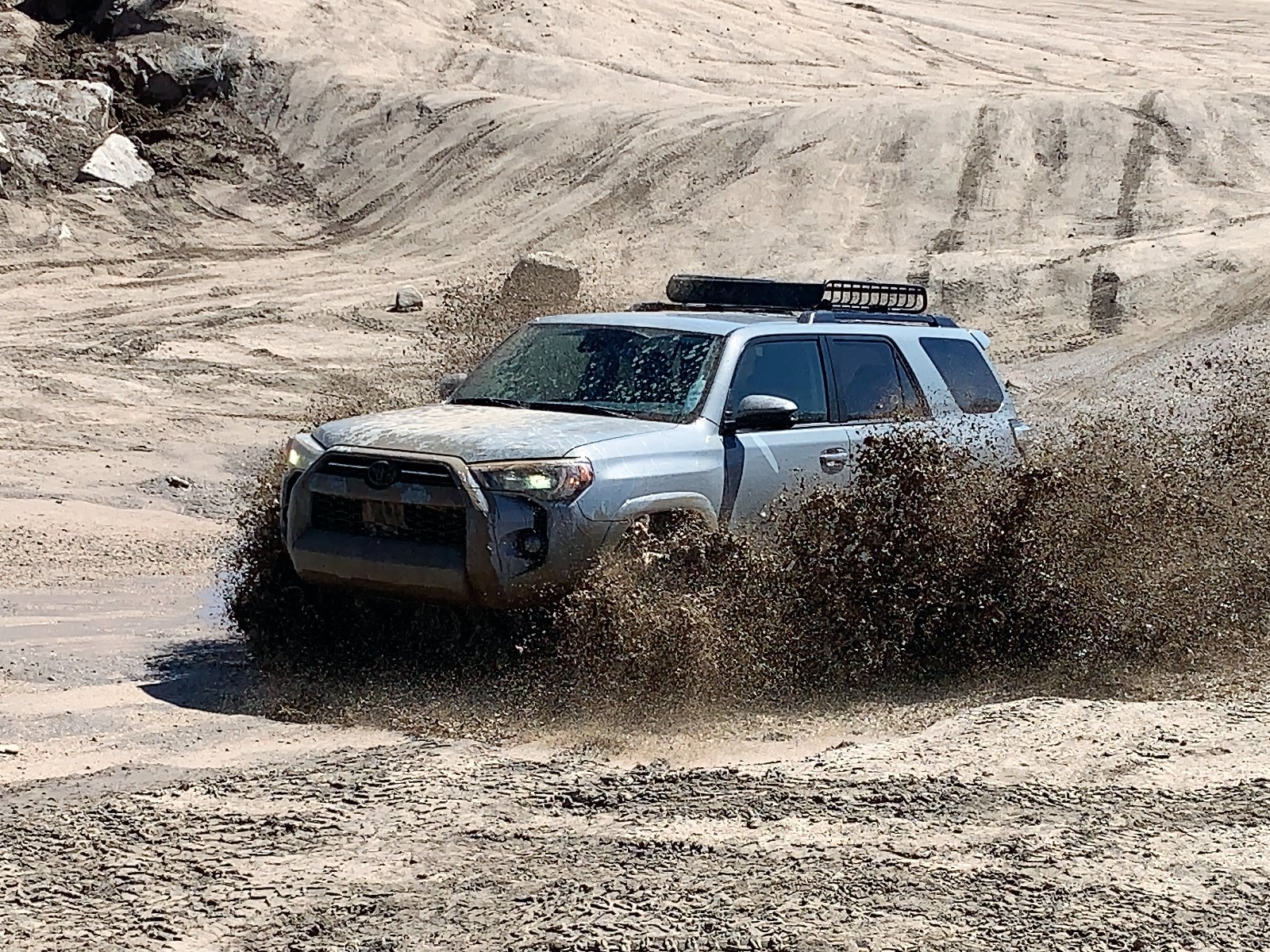 The Toyota 4Runner may not have seen a significant redesign in a few years – its current generation has endured for a decade – but its feature offerings have been kept relatively up to date and plenty of buyers still choose it for its body-on-frame build, rock-solid powertrain, reliability, and four-wheel-drive capability at a lower price point than is found in the brand’s Lexus luxury arm. A full-time four-wheel-drive system is available with a locking rear differential, and the TRD Pro edition includes a lever-type transfer case for switching into low range. This SUV with seating for up to 7 passengers is priced from $45,960 for the entry-level Trail grade, and the TRD Off-road grade starts at $52,140 while the TRD Pro off-road grade starts at $62,190. 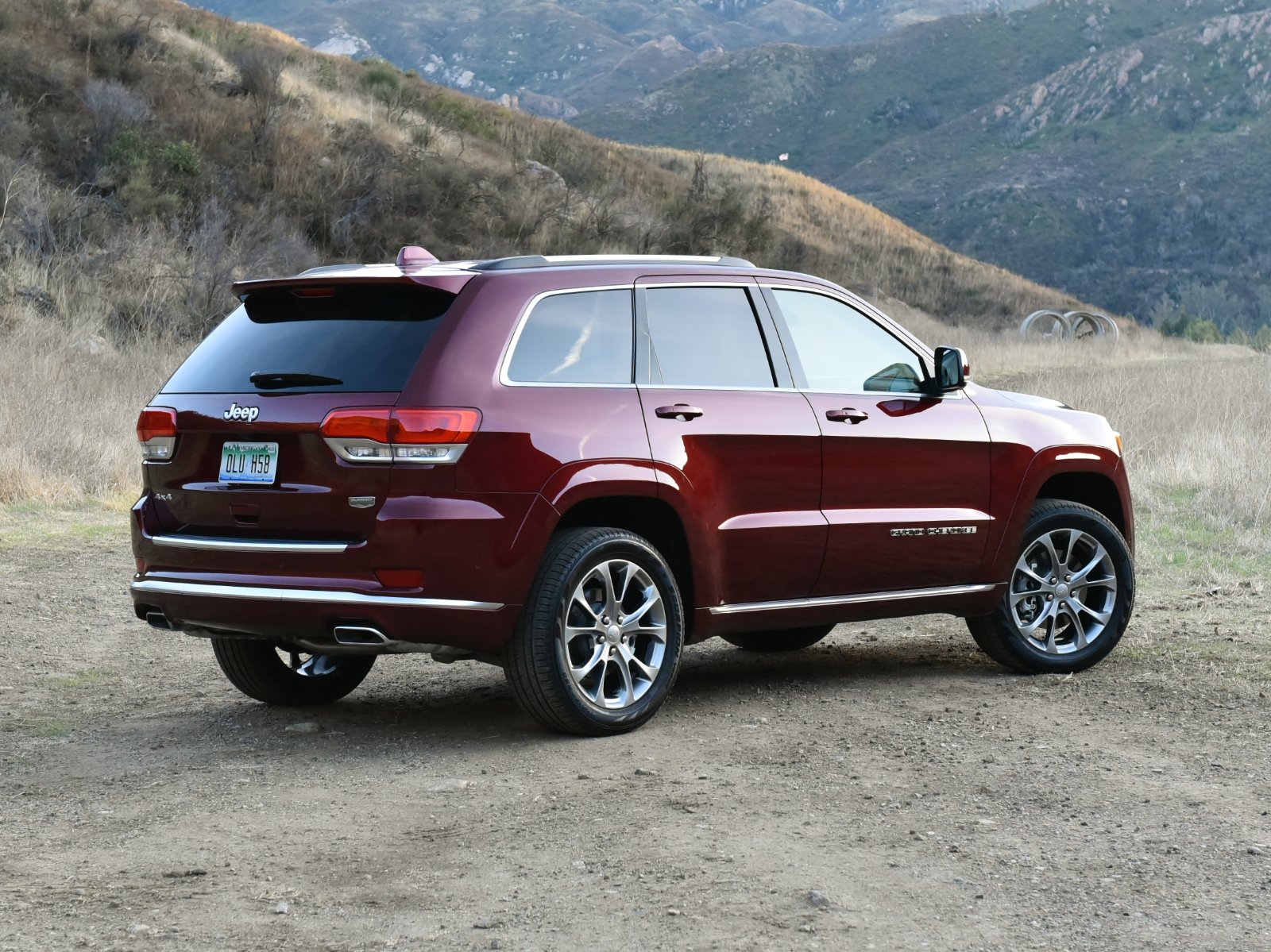 Here’s another SUV that’s on the verge of a new generation with a redesign coming for the 2022 model year. In spite of its age, the Jeep Grand Cherokee still has plenty of fans thanks to its premium appointments and capability. Four different four-wheel-drive systems are available: Quadra-Trac I, which is active full-time and operates at close to a 50-50 front-rear torque split; Quadra-Trac II, which includes a two-speed low transfer case and can transfer 100 percent of torque to the axle with the most traction; Quadra-Drive II, with an electronic limited-slip differential and 2.72:1 low gear range; and the Quadra-Trac SRT system, which is exclusive to the SRT and Trackhawk grades and is paired with FCA’s 6.4-litre HEMI V8 and 6.2-litre supercharged HEMI V8 with Jeep’s strongest transfer case, a mechanical wet clutch, and a rear electronic limited-slip differential that can transfer 100 percent of available torque to a single rear wheel. 2021 Jeep Grand Cherokee starting prices range from $48,595 for the entry-level Laredo grade to $116,545 for the Trackhawk. 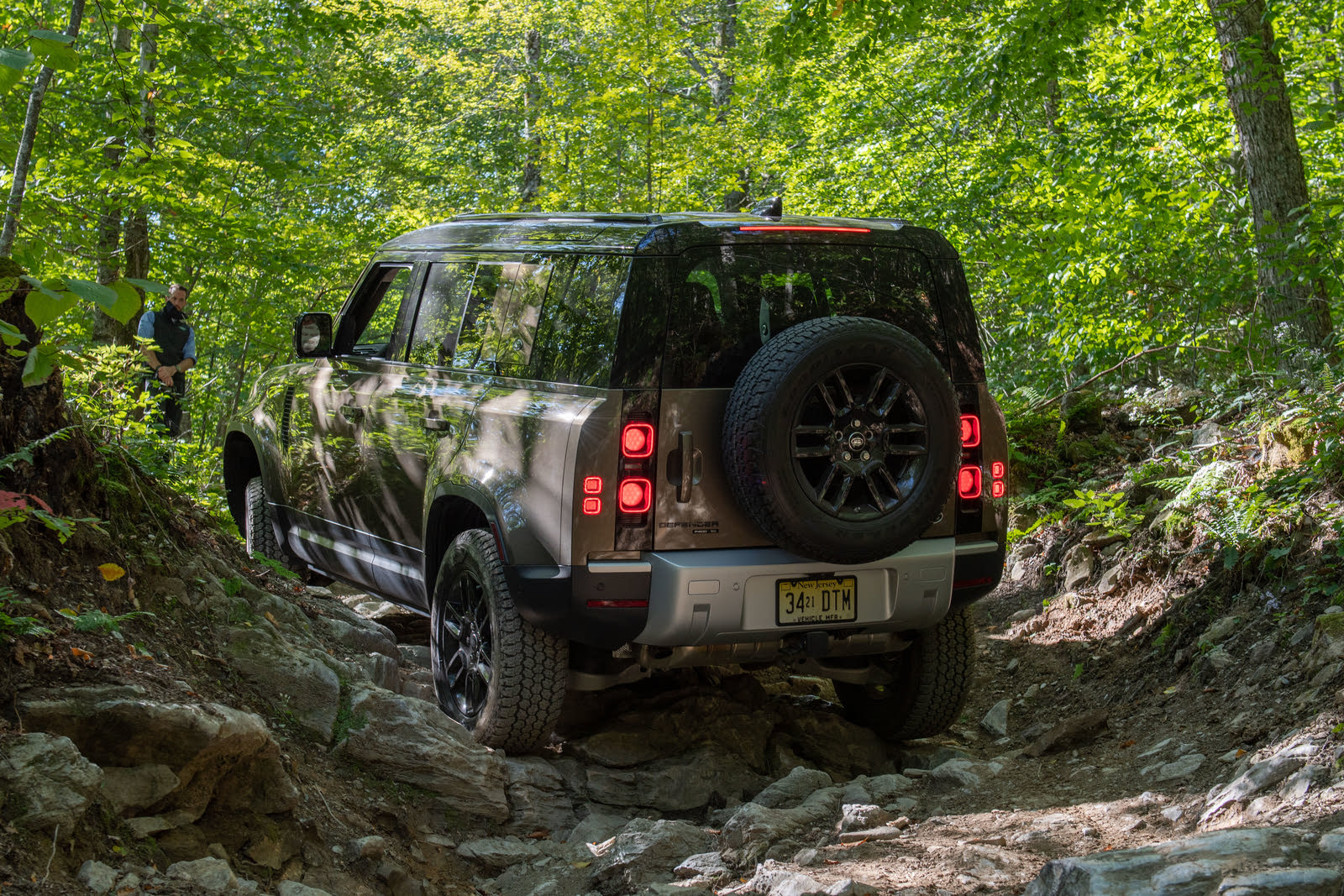 The return of the Land Rover Defender marked one of the most iconic new vehicle unveilings of 2020 and was met with rave reviews. The off-roading pride of Jaguar Land Rover has a reputation to uphold, and it does so with a two-speed transfer case and permanent all-wheel drive. Centre and rear slip limiting are configurable through the touchscreen infotainment system, and the available Terrain Response 2 system will recognize the driving surface and configure the vehicle to respond appropriately without driver input. In Canada, four accessory packs and 170 individual accessories are available for the two models: the Defender 90 starts at an MSRP of $59,700, and the Defender 110 starts from $65,300. 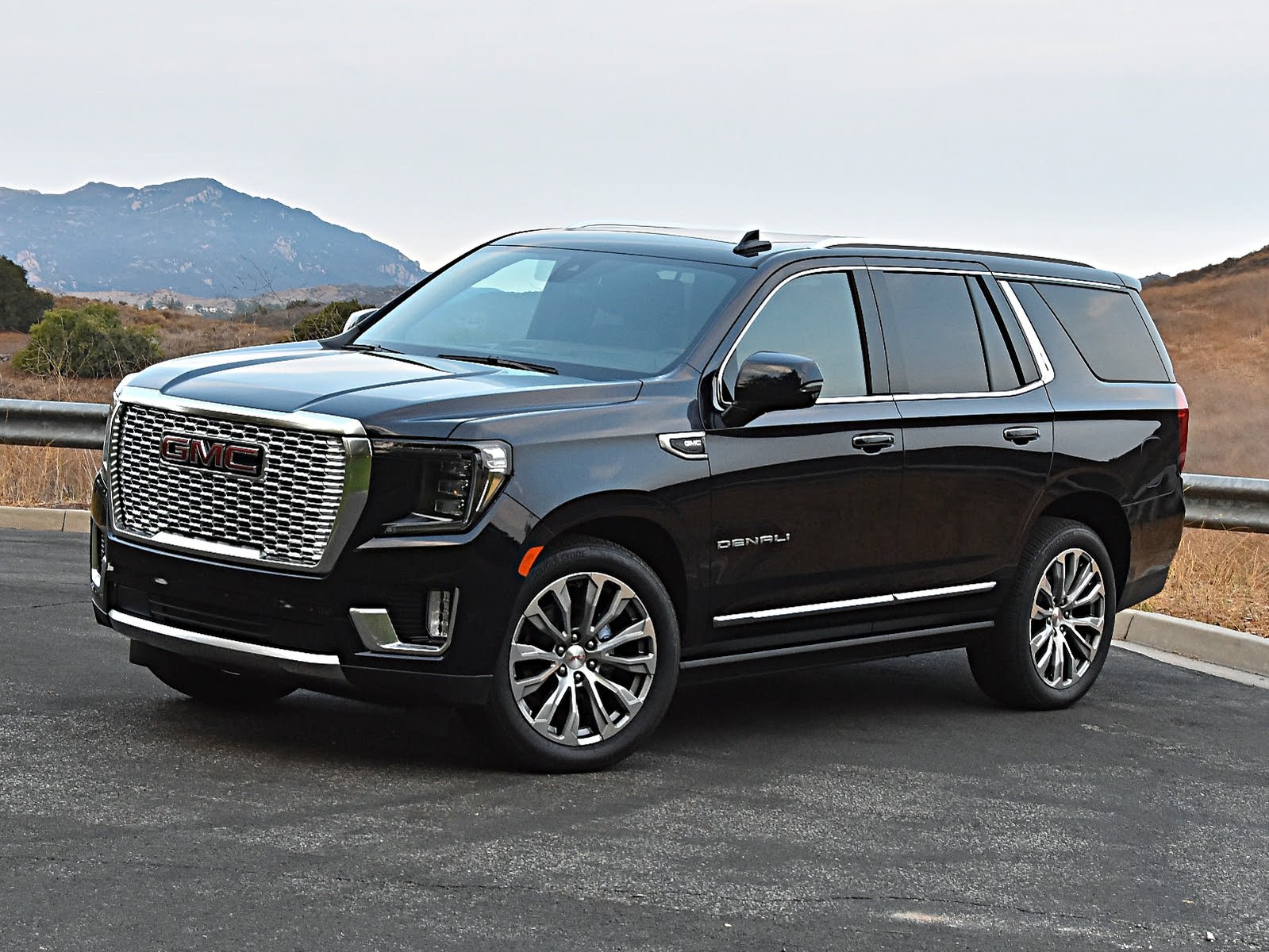 All three of the General Motors large SUVs with a third row – the GMC Yukon, Chevrolet Tahoe, and Cadillac Escalade -- underwent concurrent updates for the 2021 model year, making significant upgrades available at varying price points such as updated safety features and available air suspension. The Yukon gets a call-out here for its exclusive available Active Response 4WD system, which includes an automatic two-speed transfer case and electronic limited-slip differential that manages torque from the left to right of the vehicle while locking torque to prevent wheel slip in off-road conditions when in 4WD LO mode. This feature is available for an extra charge on the AT4 grade, with an MSRP of $74,698, or the Denali, which starts at $79,798. 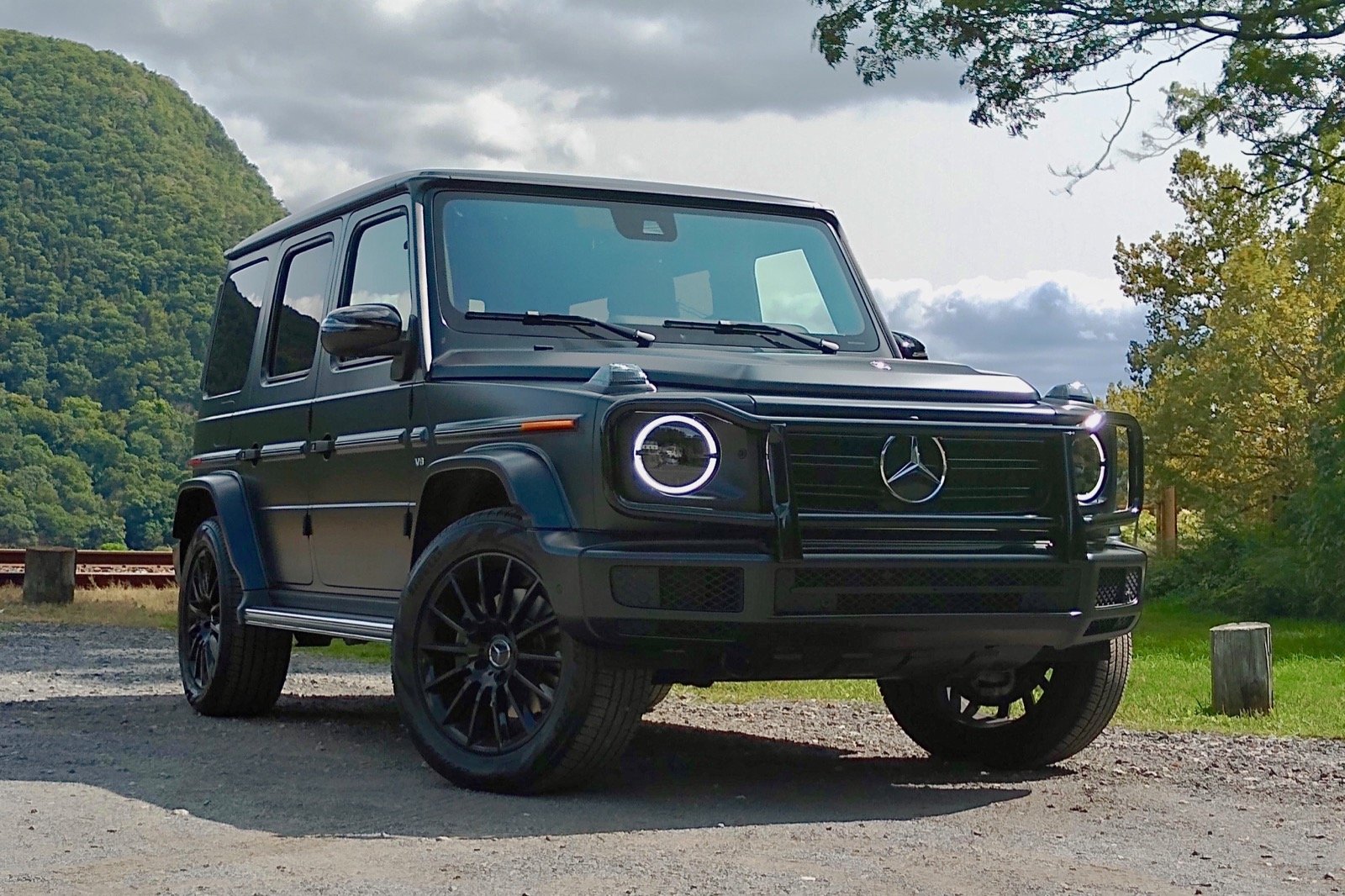 It’s far and away the most expensive vehicle on this list, but the capability and status symbol quotient of the G-Class luxury SUV can’t be denied. Its permanent four-wheel drive with three mechanical locking differentials and two-speed transfer case offer enough off-roading chops as it is, but a new G-Class 4x4 Squared is rumoured to be on the books for the 2022 model year that adds portal axles to the mix. Whether this will make it to Canada is currently unknown, but two standard variants G-Class are currently available here: the entry-level G 550 is priced from $154,900, and the AMG G 63 starts at $211,900.

Note: Images may show US models.