Parkland CJDR is an incredible dealership that was very helpful with our vehicle purchasing experience. Their staff, from the sales ream to finance, was comfortable, non pressuring and worked hard to find the right deal and vehicle for my wife and I. Thank you

excellent people person. Tony was great to talk with 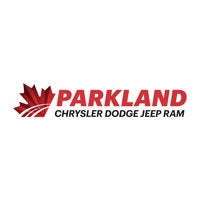 Hadi was great to work with, found me a car the same as I was looking at but in better condition

Dealer was good bought a brand new truck from them.

Great helpful staff. Mo did everything possible to get me in the truck I wanted . But unfortunately it already had offer on it .

Sales guy called me shortly after I saved the SUV.

Went there and was passed off 3 times. Paper work not available on keep but wanted me to make an offer. Was told paper work would be available next day. Never got it. Jeep was dirty and cracked windshield that we were told it was replaced. Manager wanted to increase the amount we wanted to spend with special deal. We left and doubt we would ever be back.

Enjoyed the entire experience shopping at Derrick Dodge. All staff were friendly and accomodating

The salesperson sent me one picture of the truck and said he would send me more information once the truck was on the lot, never heard from him again.

great but truck t00 much m0ney

Thank you for your time and follow-up!

Dealer provided paper work and answers for all questions. I was able to make a qualified decision on whether to buy on not.

The car I wanted had sold and they worked hard to find a suitable replacement. I ended up deciding to wait but I would go to this dealer in future if I decide to buy.

They were good to there word sound and very professional

Great to deal with

This dealer had an odd way of replying, but once contact was made these guys did a really awesome job of presenting the vehicle we were interested in. I would recommend them as one of the best dealer experiences we've had.

Cody Tole is the sales person to whom I met. He is very gentle and helpful. Overall, its a good experience dealing with him

Was treated very well !!!! The staff went out of their way for me and from being from out of town they made everything so easy !!!

excelent service to their customer

Sales guy called me shortly after I saved the SUV.

Was good nice to deal with

Cody Tole is the sales person to whom I met. He is very gentle and helpful. Overall, its a good experience dealing with him

Dealer contacted me. Was courteous.

Responded quickly, completed a sale over the phone.

great but truck t00 much m0ney

Simon was amazing to deal with long distance. Highly recommend.

Friendly and helpfull people, very committed to help to the customer.

Very helpful. Mitch went out of his way to assist.

Dealer contacted me by email after I made an email inquiry. He provided the information I requested and no high pressure to proceed any further.

The Ram 1500 is a full-size truck that caters to the segment of loyal pickup enthusiasts. Like its contemporaries, the Ram 1500 starts out with a basic and affordable configuration suitable for work. But most buyers spend well above the segment’s entry-level pricing. The current Ram 1500 can seat up to six passengers and is offered with a choice of V6, V8, or diesel engines. Rear-wheel drive (RWD) comes standard and 4-wheel drive (4WD) is optional. The Ram 1500 has been manufactured since the early 1980s; until 2011, Ram was a sub-lineup of the Dodge brand. It was last redesigned for the 2019 model year. CarGurus recently scored the Ram 1500 at 7.7 (2020).

Cons: If you’re interested in off-roading, the Ram 1500 might not be your best choice. Many competitors offer more robust hardware and more options suited to all-terrain driving.

Model Generations
2019-Present: Current Generation
The Ram 1500 is currently in its 5th generation, rolled out for the 2019 model year. For 2020, a new 3.0-liter V6 diesel powertrain joins the lineup, good for 260 horsepower and 480 pound-feet of torque. The base engine is a 3.6-liter V6 with a mild hybrid system, rated for 305 hp and 269 lb-ft. There are also two 5.7-liter V8 setups available. Both are rated for 395 hp and 410 lb-ft, but the slightly more expensive version is also a mild hybrid. All come with an 8-speed automatic transmission. In rear-wheel drive (RWD) configuration, the diesel gets the best fuel economy of the bunch, coming in at 22 mpg city, 32 highway, and 26 combined. The V6 gets 22 combined, and the mild-hybrid V8 gets 19 combined. The trim levels are numerous and made even more complex with appearance and equipment packages and bed and cab configurations. Prices range from about $32,000 to about $57,000.

2002-2008 Dodge Ram 1500: 3rd Generation
The next generation of the Dodge Ram 1500 offered a variety of Magnum, Hemi, and Cummins engines, ranging from diesel inline-6s to V6s, V8s, and a V10 borrowed from the Dodge Viper. The latter was available exclusively in the SRT trim, discontinued after 2006. Both automatic and manual transmission options were offered. In general, fuel-economy ratings stayed in line with the previous generation. A wide variety of trim levels was available every year, and notable special editions included the Rumble Bee, HemiSport, Daytona, and NightRunner. NHTSA recall data shows common problems with this generation including airbag safety and exterior lighting.

2001: 2nd Generation
The 2001 model year wrapped up the Dodge Ram 1500’s sophomore generation, available with a variety of V6, V8, turbo-diesel 6-cylinder, and V10 engine options, which could be paired with a choice of several automatic and manual transmissions. Numerous special editions were available throughout this generation, including an Indy Pace Truck edition. According to NHTSA recall data, this generation had problems with exterior lighting, child seat anchors, and the electrical and wiring system.

While the Ram 1500 has been recently redesigned, so have its key competitors. Those include the Ford F-150, Chevrolet Silverado, and GMC Sierra 1500. In a segment where brand loyalty plays an especially large role in consumers’ choices, these four vehicles all fare pretty well among newcomers as well as seasoned pickup truck shoppers. The remaining competitors are the Nissan Titan and Toyota Tundra, both of which are in need of a redesign, but also offer desirable attributes and unique features.

Expert Reviews for RAM 1500 by Year

Top rated dealers near you with RAM 1500 for Sale