Great customer service very helpful. Sako even helped me to decide on the right SUV was the best fit for me. 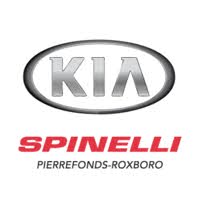 Honest, gave me a good deal, threw in 4 snow tires. The car was in excellent condition. Rick was beast to deal with

Unfortunately the Car I was interested, sold before . Good service.

Prompt on returning my email. Very helpful and friendly would definitely recommend.

The vendor we met was great.

The people who I met, where nice and efficient. I recommande them

Excellent service from start to finish. If you are going to buy a Kia, you should definitely make the drive to Cornwall to check them out.

Very good, although did not buy thus vehicle, suggested another which was a better fit for our needs that we did purchase.

Did not enjoy the experience. Felt shady.More interested in pushing for sale.Did not take time to discuss or explain the car and its features.Just talked about us buying it or not..We were told that if we financed we should wait three months before paying off loan otherwise we would be penalized which in fact is not true.The dealership gets penalized.Did not want to negotiate anything extras like winter tires. Dis not feel trustworthy.

He was good But he said you will buy as is. This word is really risky

Helpful in searching for a car and getting answers. Great variety of brands and models, some at very reasonable prices, Offering choice, some cars are higher KM

Kia introduced its first SUV in the U.S. back in 1995. The Sportage was its second car offering here after the Sephia, and in similar fashion, Kia employed a gradual rollout strategy for the compact SUV, starting in the Western states.

For its first generation, from 1995 to 2003, the Sportage was considered a mini SUV and came in either front-wheel or four-wheel drive. The 2WD came with a 2.0-liter, 94-hp I4 engine, while the 4WD upped that horsepower to 130-hp with the same engine. It was meant to be a budget SUV, not particularly built for power or off-road capability. Even today, the 4WD does not include low-range gearing and should not be used on dry pavement.
The original Kia Sportage had few standard features, beyond power locks and windows, but it came well equipped in matters of safety. ABS and traction were always standard, as were airbags. In 1998, the Sportage was the first of any vehicle to include front knee airbags. For these reasons alone, safety and economy, the Sportage was popular with families on a budget, though quality and reliability were issues.
The Sportage took a two-year break after 2003 and reappeared in 2005 with an all-new unibody design. Similar to Hyundai's Tuscon, it was longer and wider than the original Sportage, offering more interior space, and was now rebadged as a crossover SUV. You now had a choice of either an I4 or a more powerful V6 engine, and performance and handling was greatly improved. Standard features were plentiful, even in the base models. Not only did the rear seats fold flat, but the front passenger seat folded as well, to allow more cargo space. As always, safety was of primary importance, and ABS, traction and stability control were standard across the line, as were six airbags.
The new Sportage is much more stylish and a better value than its predecessor, and combined with Kia's famous warranty offers, low price tag, and high safety ratings, is proving to be a much tougher competitor in the compact SUV segment.