Used 2018 Ford Escape for Sale in Chilliwack, BC

It was great to deal with Grant at West Coast Ford.Was very helpful and came away with a great vehicle.

I bought the truck they had. We had a dispute over what had been verbally said about dealer provided protection on this used Toyota which "may" have been a language or not carefully listening issue. 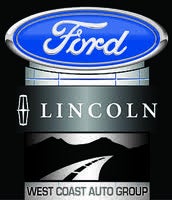 Always communicated, which is unheard of these days, very friendly

Sales people were extremely courteous and very professional. Had I not already found the car I wanted to purchase, I would’ve definitely bought from them. They are very proactive and will search for the car you want. Their inventory is superior.

The dealer responded immediately. They were able to answer all my questions about the car, insurance etc.. They allowed us time to take the car out for a test drive and when we were ready to go, the car was clean, full of gas & ready to go. Everyone at the dealer was very friendly and helpful. I would recommend the Volkswagen dealer in Maple Ridge to anyone buying a new or used car.

Test drove a Tacoma, and they didn't get back to me about it. They said it had been safety certified, but it had no sway bars.

Fantastic to deal with, from sales to financing. Very responsive and do their best to make sure everything works out for you.

Excellent ⭐️ ⭐️ ⭐️ ⭐️ ⭐️ We are very happy with our new vehicle, and the service we received.

The team was good to deal with and got the job done.

A really good deal very friendly staff. The final step in writing up the contract had an additional $99.99 than agreed. It could have been an honest mistake! It was put right without any protest when I pointed it out. It took another 15 mins to reorient all the docs.

Very Friendly! Still looking for the right truck for us.

I misread the ad, but the truck was as advertised

I have had no time yet to make contact! But they do keep contacting me.

Salesman was eager to help me. Friendly and offered other vehicles to look at when the one I was interested in wasn’t suitable due to passenger seating.

Good experience. Hash and Caleb were easy to work with. Hopefully they can get my gate fob synced to my truck.

We attended the dealership with interest in a Mazda MX5 and was warmly welcomed. Tony and Chris were most accommodating, unfortunately we couldn't make a deal

Contacted me right away and said car was sold offered me options . Great service

It was actually good, I didn't end up buying, but it was a good experience.

Dealer responded quickly to my inquiry. I didn't purchase the car so had no further contact with the dealer.

Transparent and straightforward. All the three staff I connected with were prompt and courteous. This was my first on line car buying experience- I recommend Clutch

I don't care for their procedures, ie you basically have to buy the car before you can see it or drive it. Not for me.

Very convenient and delivers on time. Nothing but good things to say about their business model. Their online auto-dealership has better trade-offs compared to others. I got a sweet deal. Thank you Mark!

The salesman Marco was absolutely fabulous to talk to!! Unfortunately I wasn't able to make a purchase as I live on the Island and would be troublesome to ferry back and forth for servicing even though he crunched alot of numbers for me. He was very personable and professional and I strongly encourage anyone who's in the market of buying a Ford vehicle to go see him!

Gary, a longtime salesman there was just fantastic! Honest, friendly and knowledgeable.

Retain a good car carrier and you will never look back!

Took a week to get back to me.

Bought the car, but not easy to bargain. Nice people.

Great communication and dealing with Steve.

Always communicated, which is unheard of these days, very friendly

A quick preliminary chat about this specific vehicle. Professional, courteous and responsive.

Currently in its third generation, the Ford Escape compact crossover SUV competes with the likes of the Honda CR-V, Toyota RAV4, and Hyundai Santa Fe. Despite its adventurous-sounding name, the Escape is more of a large, lifted hatchback than a true off-roader, as it comes standard with front-wheel drive (FWD) and only offers all-wheel drive (AWD) as an option. It received a new engine and a new nose last year, so it enters 2018 largely unchanged. Available in S, SE, SEL, and Titanium trims, the 2018 Escape starts at just under $24,000, but loaded models can run well over 30 grand. A separate hybrid model—the Escape Hybrid—is also available and was actually the first hybrid SUV to enter the market back in 2004.

The base powertrain for the 2018 Escape is a naturally aspirated 2.5-liter 4-cylinder engine rated at 168 hp and 170 lb-ft of torque. That makes for fairly disappointing performance in a car of this size, and it gets the worst fuel economy of the lineup at 21 mpg city, 29 highway, and 24 combined. Last year saw the introduction of a turbo 1.5-liter 4-cylinder powertrain for the SE trim that, despite its small size, puts out 179 hp and 177 lb-ft. Its power comes in lower in the rev range than the base engine and it’s also the most fuel frugal of the bunch, with EPA figures of 23, 30, and 26 with FWD and 22, 28, and 24 with AWD.

The Escape is offered in either FWD or AWD configuration with the exception of the base engine, which comes exclusively with FWD. The only available transmission is a 6-speed automatic, and turbocharged models receive paddle shifters. All Escapes also have active grille shutters for smoother airflow across the nose, and turbocharged models have a stop/start function for saving fuel in traffic. Although it’s technically an SUV, the current-generation Escape drives more like a zippy hatchback than some of its peers, with firm steering and relatively little body roll. An available tow package adds a trailer sway control function.

Inside, the 2018 Escape comes standard with cloth upholstery, air conditioning, cruise control, a 6-speaker stereo, and a 4.2-inch display screen with Ford’s Sync infotainment system. The SE trim comes with satellite radio, a power-adjustable driver’s seat, dual-zone automatic climate control, and heated front seats, while the SEL further adds leather upholstery, a power tailgate, and an 8.0-inch screen for the infotainment system. At the top of the range, the Titanium trim receives an upgraded 12-speaker Sony stereo system, a sensor for the liftgate, ambient interior lighting, keyless ignition, and several active safety features. Interior room for the 2018 Escape is decent but unremarkable for its class, with 34 cubic feet of space behind the rear seats and 68 cubic feet with the seatbacks folded.

The Escape is also decent but unremarkable in its crash-testing performance. The Insurance Institute for Highway Safety (IIHS) gave the 2017 model top Good results in most areas but only an Acceptable score in the small-overlap frontal test, while the National Highway Traffic and Safety Association (NHTSA) awarded the 2018 model a 5-star overall rating. Every Escape is equipped with a reversing camera and the MyKey system, which allows the owner to place limits on the vehicle’s maximum speed and other functions. Optional safety tech includes forward-collision warning with automatic emergency braking, front and rear parking sensors, parking assist, blind-spot monitoring, adaptive cruise control, and lane-keeping alert.

Top rated dealers near you with 2018 Ford Escape for Sale