I was contacted immediately and provided with the information I requested.

Spinelli is a high service customer oriented sales department that have gone beyond the call to duty. I would recommend them to all Montrealers. You won’t be disappointed they will sell you the right car for you or try to find it. I’ve not had service like this since the 1960’s. Go for it! 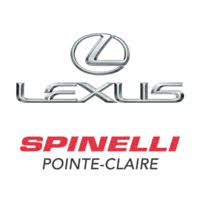 near a hwy so easy to get to, nice garage/dealer, people very courteous

They were knowledgeable a d courtious. Ivan was very patient and took the time to inform us about the vehicle and we did not feel any pressure from him to buy. He was open minded and available. 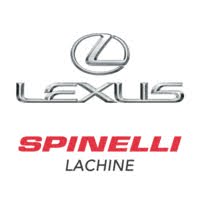 Fast response to initial request, test drive and purchase all went through quickly as agreed.

Great sales staff. Plenty of people reach out to help You if they see you walking around. Good prices on a huge selection of vehicles!

Very please with the service, fast response... was able for a test drive in a car very clean and full of gaz...recommand this dealer greatly...Many thanks for the experience

Really good service. They delivered what I needed

Terrible dealership. I would avoid it by any means. So disrespectful. They gave me an appointment to see the car, after driving for one hour and arriving on time they told me " we just sent the car to garage, if you like to see it leave a deposit"

Dealer did send me an email but it was in French only .

Yes I was served by a nice salesman

Thank you Jean Philippe for the great service that I have when I bought the Audi A3 2.0T Cabriolet 2016 price wise and condition excellent very happy and satisfied

Contacted me quickly. No pressure sales

Very satisfied, with my experience. I found the people friendly and helpful. K

Very good service, fast to answer and to find solutions or options, polite and professional. I recommend to anyone looking for a car.

Reply was within minutes of search. The car was in good condition - given the mileage a bit too expensive for me.

Found car at automobile en direct. In Laval great service from both dealers

The sales person Arthur was absolutely excellent at his job. When I arrived from a few hundred kms away, the car was in the middle of a very clean lot, gleaming. He was very good explaining every aspect of this car. In the end I went with a newer vehicle but the fact that he was so good had me wanting this car very much.

Very please with the service, fast response... was able for a test drive in a car very clean and full of gaz...recommand this dealer greatly...Many thanks for the experience

The 2016 Lexus NX 200t premium compact crossover may well have been the most successful new vehicle of the past year. Google ranked the NX 200t ninth overall in vehicle internet searches this year, and it was the only luxury or premium model to crack Google's top ten. Launched in late 2014 as a completely new model with a completely new drivetrain, the NX 200t became the first Lexus vehicle with a turbocharged engine, combining edgy styling with a modern, sports-car-like cockpit. This bold new model immediately became the second leading seller in the premium market’s largest vehicle segment, leaping past competing models from Mercedes-Benz and BMW.

The 2016 Lexus NX 200t is a 5-passenger (2-row) crossover the size of the Audi Q5 and BMW X3. Like the Q5 and X3's top-selling trims, the NX 200t uses a 2.0-liter turbocharged 4-cylinder engine (this type of engine is now the defacto standard in the industry for vehicles this size). The 4-cylinder produces 235 hp, and its maximum 258 lb-ft of torque comes in at just 1,650 RPM. Lexus worked hard to reduce turbo-lag and make the engine as responsive as possible, and it feels that way when driving around town. The 6-speed automatic transmission can be manually shifted with the steering-wheel-mounted paddle shifters, and the NX is available in either front-wheel drive (FWD) or all-wheel drive (AWD).

The NX 200t’s personality differs from its Audi and BMW peers. Designed to be more like a sports-sedan than a sport utility vehicle, the NX 200t’s edgy exterior styling shows up in the interior as well. The NX’s cabin is very similar to that of the popular Lexus IS sports sedan line, and the F SPORT trim offers sport bucket seats that are especially reminiscent of sport-car seating (the F SPORT trim also has a special gauge display). All NX models have an aggressively styled center tunnel that is home to Lexus’ Remote Touch Interface. Reviews of this system have been mixed; rather than a simple touchscreen, Lexus opted to use a more complex system with a touchpad control coupled to a screen mounted on top of the dash (like Audi). Lexus was also one of the first automakers to offer wireless cell phone charging, and drivers will find the NX 200t’s phone cradle ideally shaped and conveniently located.

Interior space is class competitive, but the cabin's bold center tunnel makes knee room tight for taller drivers. The rear seating is spacious, large enough to comfortably fit two adults or teens, or even three passengers during shorter trips. The cargo area is not exactly small, but the stylish “fast-back” roofline does limit space. Shoppers in the crossover segment who are especially concerned with space might want to check out the larger 5-passenger Lexus RX 350.

With compact dimensions and an eye towards efficiency, the FWD 2016 Lexus NX 200t returns a class competitive 22 mpg city/28 highway/25 combined. AWD models lose 1 mpg off their combined rating, and Lexus recommends premium fuel for all NX 200t trims. Buyers for whom fuel economy is a high priority should know that the Lexus NX 300h hybrid is the top vehicle in the segment for fuel economy (the NX 300h is covered in a separate preview).

Shoppers looking to buy an NX 200t need to decide between the base trim, which can be configured with various luxury option packages, or the F SPORT trim, with its more aggressive front “spindle” grill. As mentioned, the F SPORT also includes special sport seats, which are not ventilated.

The Lexus NX 200t is a Top Safety Pick Plus-rated vehicle by the Insurance Institute for Highway Safety. It aced every crash test, and its advanced forward-collision prevention system is available at the lowest price for its segment. Consumer Reports calls Lexus the most reliable brand, and J.D. Power and Associates ranks the Lexus dealership experience as first among brands currently offering crossovers. Lexus also has the highest resale value of any brand, according to Kelly Blue Book.

The 2016 Lexus NX 200t will start at about $35K and rise to $44K when fully equipped. Although all the vehicles in the compact crossover segment are strong performers with very similar specifications, the NX 200t's bold Lexus styling and strong ownership experience ratings separate it out from its peers.