What bumpers front and rear will fit my dodge d150 pickup 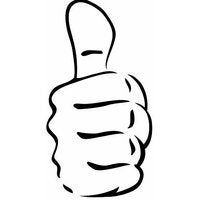 Dodge Ram (1981–93)[edit] Main article: Dodge Ram 1983 Dodge Ram D150 shortbed This final generation was face lifted in 1981 when the D Series was a rebadge as the Dodge Ram pickup around when Lee Iacocca took charge of the ailing Chrysler Corporation. Such things including an embossed "DODGE RAM" name on the tailgate along with other obvious changes like the grille and hood, the taillights, and the entire interior. More subtle was the addition of a "shoulder" line reminiscent of the GM competition. Beginning in 1982, even more corrosion-resistant steel was used in the construction of the trucks. This body style continued until 1994 and many of these vehicles are still on the road. Many body panels are interchangeable for all models from 1972–1994, so it is not uncommon to see a "hybrid" with, as an example, a 1978 grille mounted with a 1974 hood and a 1991 cab. Sometimes the bed is swapped with a moving truck style box for models like these. In most jurisdictions, the year is dictated by the year of the truck's chassis regardless of the body which has been bolted to it. Also kept was the Utiline step-side model that had the same truck bed that dated back to the 1940s. This was dropped during this last era of the W/D Dodge trucks. A narrower range of engines was offered: the base power plant was the 225 cu in (3.7 L) slant-6, now with top-fed hydraulic tappets, and the 318 cu in (5.2 L) and 360 cu in (5.9 L) LA- series V8s. The slant-6 was supplanted by the 3.9 L (237 cu in) V6 for 1988; in 1992 it and the V8s became Magnum engines. The 6BT 5.9 L (360 cu in) 12-Valve Cummins B Series diesel engine became an option in 1989. Sales were good during the Sweptline era and into the late 1970s. A combination of stagnant styling nearly two decades old plus brand loyalty primarily to Chevrolet and Ford during the 1980s and 1990s reduced sales volume for the first generation Dodge Ram. A wholly new Dodge Ram was released for the 1994 model year. In 1988-1991 the introduction of the (TBI) throttle body injection was introduced. so 81 to 91...ask for that~

Looking for a Used RAM 150 in your area?