I have a 97 Lincoln Town Car and my
air springs just emptied out the other
day. Compressor never kicked on.
So, I swapped the big fuse/relay
under the hood by the battery with
the one next to it which was for the
horn (numbers match perfectly with
the air suspension fuse/relay). The
horn worked before the swap and it
does after the swap, so I'm pretty
sure it's not the fuse/relay. I put
brand new air springs in about six
months ago and system was working
fine. Prior to changing them,
however, I drove the car with leaky
air bags for the better part if a year,
so I checked to see if I had power
coming to the compressor, and I did.
In light of the history I laid out for
you, I put a new compressor in and
it's still not working. The owners
manual doesn't mention a fuse under
the dash for the compressor, so I
checked ALL of them, and they are
all good. My focus is now on the ride
height sensor. If anyone has any
advice, or a schematic of the wiring
for the air suspension I would really
appreciate it. Thank you all in
advance!  FM 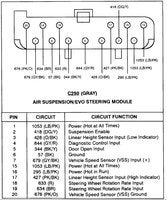 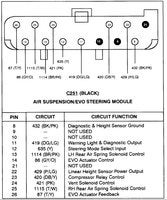 GuruLHVYH answered about a year ago

Nice work! I too have a issue. 2003 town car. Replaced 2 worn out torn bags and height sensor. Still won't lift the car. The pump runs for about 45 seconds and sounds like it's building pressure but the rear never rises. I'm open to suggestions on what to look at next. 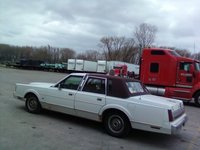 Looking for a Used Town Car in your area?