I have a 2012 kia optima hybrid. The engine does
not  start. Hybrid system warning safety stop and
do not drive 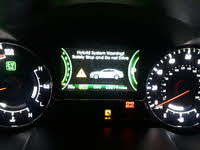 GuruSYNHQ answered about a year ago

I do not know why this happened.

GuruSYNHQ answered about a year ago

Every few hours it starts to do that until i shut it down and then it starts again. So can I drive like this?

GuruBVVTN answered about a year ago

Same thing happened to me when engine,spun bearing. Hybrid warning system said not to run engine. I replaced engine, And it wouldn't start. Called friend who a hybrid mechanic. Brought over his looked like lab top computer. Rebooted hybrid system. Started right up. I hope this helped.

George answered about a year ago

GuruBVVTN....did you have any problems after doing this?

GuruQ87MM answered about a year ago

My 2012 hybrid gave me the same error last night. The problem I’m experiencing seems to be with the electric motor or transmission. When I’m in full stop and only the electric motor is on, I can hear a clicking noise like if the motor is having some sort of electrical problem. It sounds like what you hear if you stand under a high voltage power line. Also when I accelerate from a full stop, the electric engine seem to have problem grabbing or getting into the first gear, same when breaking below 30mph to full stop. It shakes when accelerating and does a hard gear change when breaking. Not too long ago the car had a bad code P0731 that the transmission oil was either dirty or low. I drained the trans oil and replaced with new one. But the problem was not fixed. I got the hybrid system warning about 30-50 miles of driving after the transmission oil was replaced. Btw the transmission oil was really dirty, completely black. Have someone experienced the same? If so, did you find a solution? 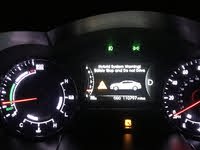 Wally answered about a year ago

I had the same problem with my 2012 Optima Hybrid Guru. Turned out to be the transmission, repaced twice. Since 100K, no problems with the trans. But, just got the Hybrid System Warning on the dash yesterday. not sure what the problem is. not going to the dealer.

Wally answered about a year ago

How did u reboot ur system?

Same thing had been happening to my 2012 Optima hybrid. It first did it on a long trip to AZ. Called Kia, they said to turn off car and if it started again without any warning lights, the car rebooted itself and to go ahead and drive it. I was able to complete the trip, but a couple of months later, it happened about 6 times going and coming back from Vegas. Repair shop replaced crankshaft position sensor. That was last March 2019. Car never felt the same, lack of power and choking going up inclines. Then hard shift developed in reverse. Error code P0717, transmission input shaft speed sensor. Transmission replaced but found metal shavings on it, indicating transmission problems. Had transmission rebuilt, but hard shift remained. Even Kia could not diagnose why. Tonight, the hybrid battery warning came on after 11 months. Does it mean the battery is going? Or?

Looking for a Used Optima Hybrid in your area?