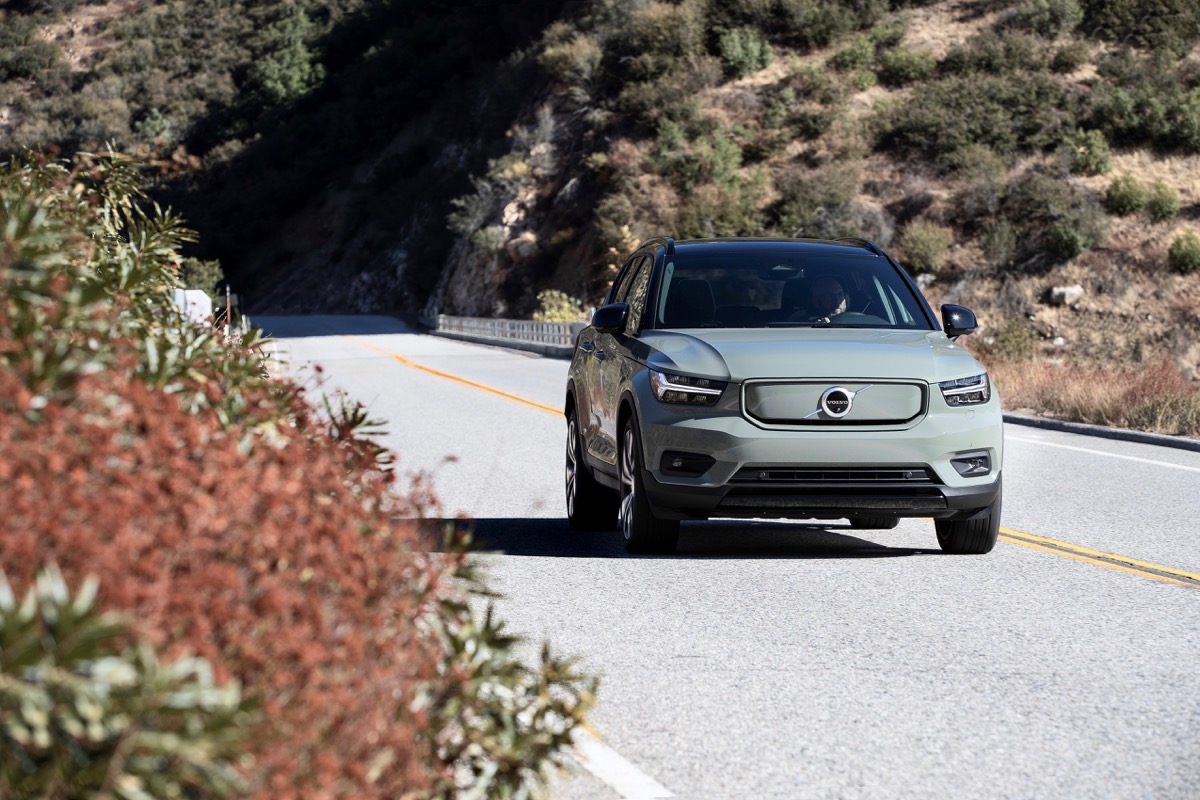 Looking for a New Volvo XC40 in your area? 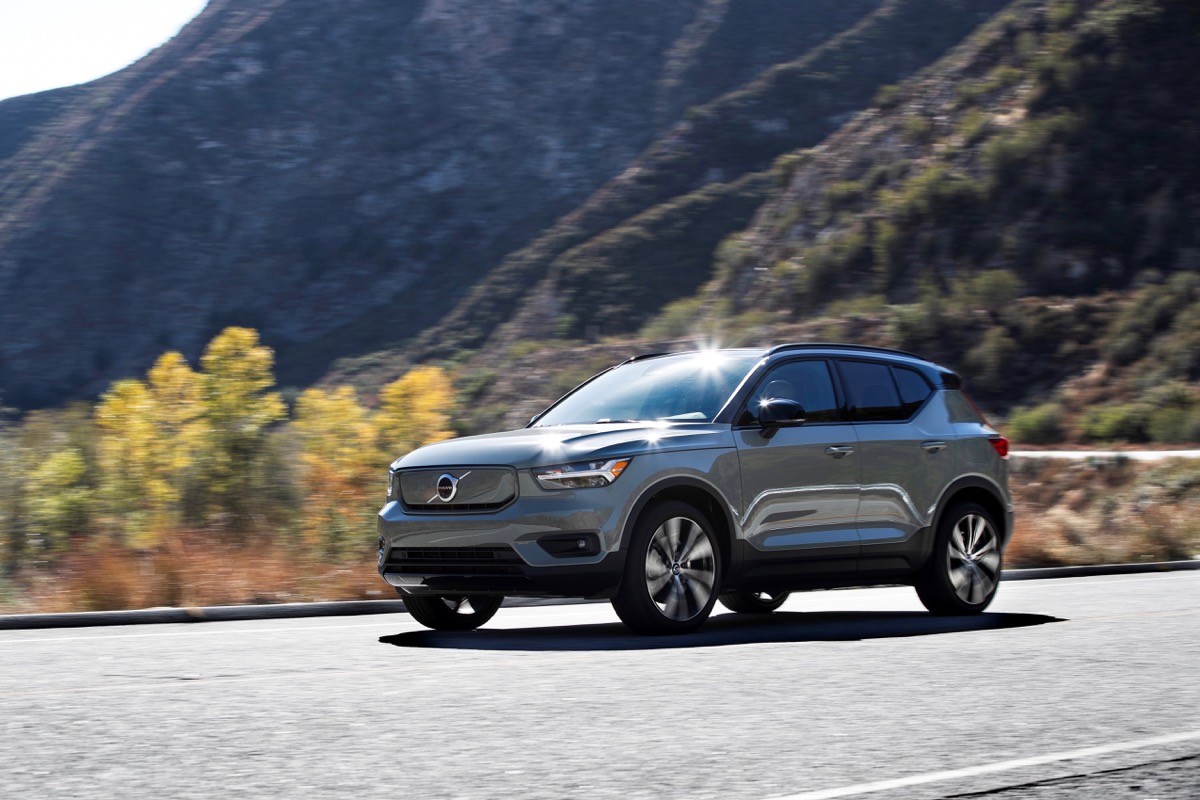 The 2022 Volvo XC40 Recharge AWD is an all-electric version of the XC40 subcompact crossover SUV. The Recharge was launched for the 2021 model year, so it doesn't get any significant changes for 2022. It comes with standard all-wheel drive (AWD; front-wheel drive is not offered in our market), and Natural Resources Canada says this plug-in electric vehicle can go up to 359 kilometres on a single charge. Is this the breakthrough EV we’ve been waiting for? 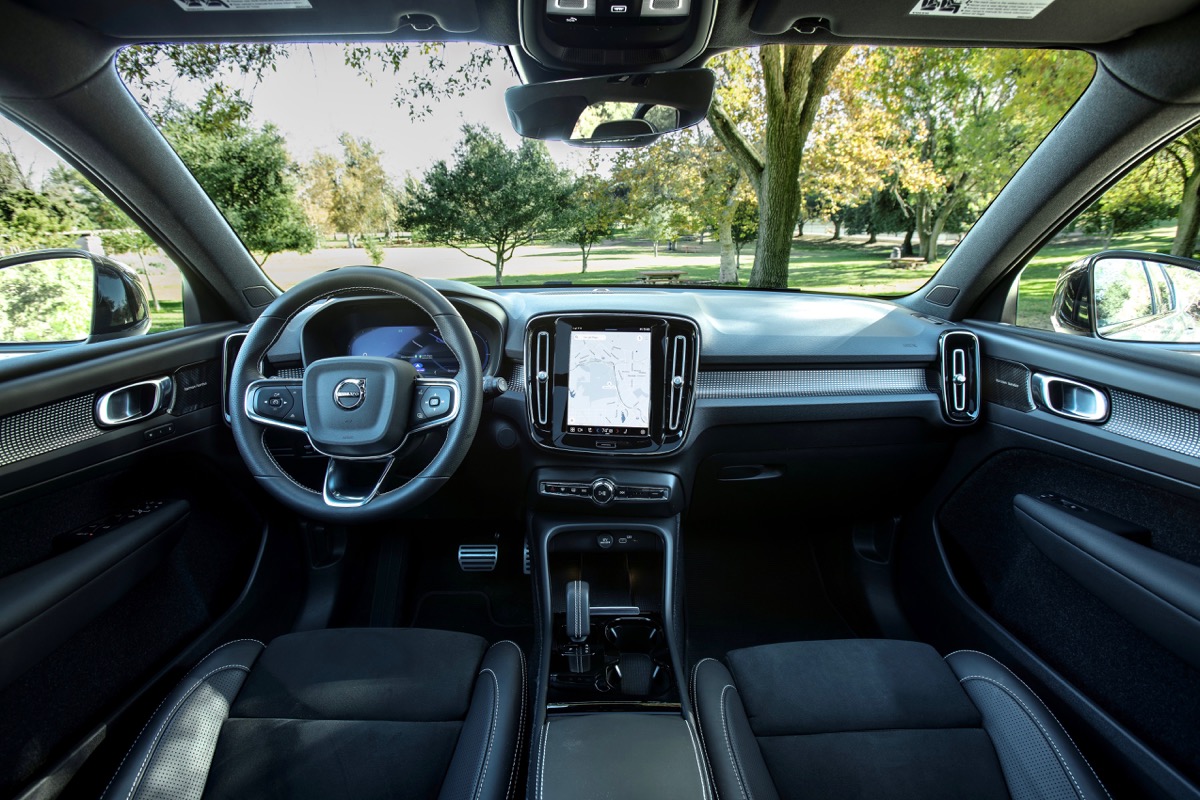 Two schools of thought prevail about the transition from internal-combustion engines (ICE) to electric power. One side believes EV makers should throw out all the paradigms and traditions of automotive design and develop an entirely new kind of vehicle. The other side maintains that EV makers must gently guide car owners from their ICE comfort zone to the electric side by making as few radical changes as possible. Buyers will only move to EVs, the thinking goes, if they don’t have to bear any inconvenience or notice any difference. The truth probably lies somewhere between these two viewpoints, but Volvo seems to hover closely to the second structure.

From the outside, the XC40 Recharge looks very much like ICE versions of the XC40. It shares the same basic shape as the gasoline version (and the same structure underneath), with a few upgrades and changes.

Perhaps the most noticeable difference is the Recharge’s grill. Unlike the gas XC40, which needs substantial airflow to regulate its engine temperature, the Recharge uses a solid panel in its grill, helping to redirect airflow around, under, and above. Other than that, it’s hard to tell the Recharge is an EV without closer inspection. Eagle-eyed observers will notice the enlarged fuel-filler flap (where the charge port is located), trim-specific 19-inch alloy wheels, and, of course, the absence of tailpipes. Or they might look at the SUV’s tasteful "Recharge" badging.

Like the other Volvo SUVs, the XC40 is a good-looking vehicle with some very cool details. The Thor’s Hammer daytime running lights hold a special place in our hearts as a clever nod to Volvo’s Swedish roots. Thin A, B, and C-pillars support the illusion of a floating roof. The XC40 is impeccably assembled and finished, with even gaps, glossy paint and chrome, and an overall quality exterior appearance.

Inside, Volvo makes the most of its endemic Scandinavian design sensibility. Even though the XC40 is a compact SUV, the cabin feels airy and roomy. The shapes and lines of the dash’s elements are harmonious, from the HVAC vents to the shield shape of the centre stack touchscreen housing to the gentle concave horizontal shelves in the dash. Volvo has steadily nudged its way into the premium automotive category with each successive vehicle it has produced in the past decade, and the XC40 Recharge is a genuine luxury SUV. 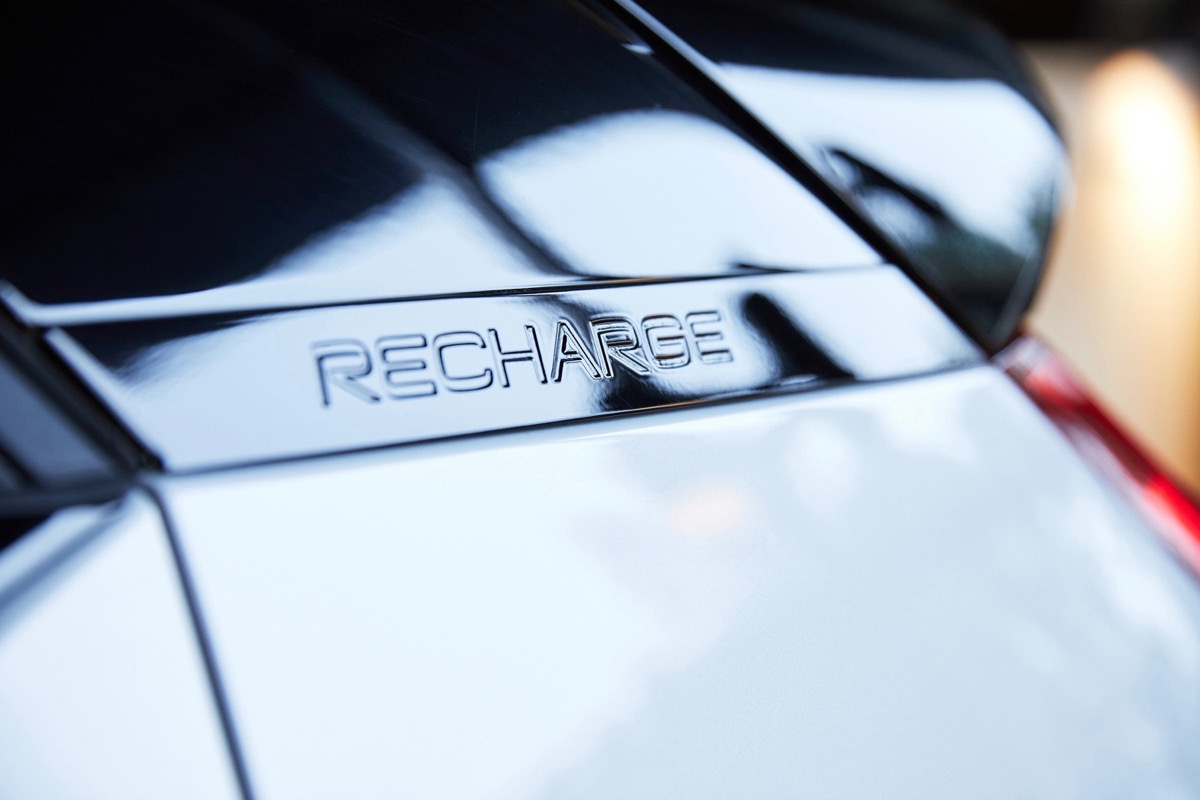 One central fact about electric vehicles sometimes slips into the background in all the talk about efficiency and sustainability: EVs can be a blast to drive.

The XC40 Recharge uses a 78-kilowatt-hour lithium-ion battery pack to power two permanent magnet electric motors, one driving the front axle and one driving the rear for AWD. Power specs are 402 horsepower and 486 pound-feet of torque. Volvo says this will get the XC40 Recharge from 0-100 kilometres per hour in 4.9 seconds, which is fast for a compact SUV.

The gasoline-powered XC40 SUV’s T4 and XC40 T5 models both use turbo four-cylinder engines and 8-speed automatic transmissions. Volvo quotes 0-100 km/h times of 8.5 seconds for the base T4, and 6.4 seconds for the more powerful T5 model. Both some with standard AWD.

Because they're EVs, Recharge models use regenerative braking, which recaptures energy from deceleration and uses it to charge the battery. The driver can feel the regen kicking in every time they release the accelerator pedal, and even more when depressing the brake pedal. Somehow, Volvo has maintained decent brake feel, a challenge for regenerative systems.

Drivers can choose to engage one-pedal drive, prioritizing regenerative braking in off-throttle situations to the point where the driver can slow the Recharge to a stop by easing off and releasing the throttle pedal—and never touching the brake pedal. It’s more like driving a golf cart than a traditional car, but with practice, it’s a way to maximize regenerative braking and preserve battery charge. And it’s kind of fun.

The XC40 Recharge’s centre of gravity is lower than that of its gasoline sibling, thanks to the placement of the battery packs. This placement is great for handling, as the Recharge is noticeably planted through curves and feels solid and stable in all situations. The suspension’s front strut/rear multi-link setup is very familiar and shared with the other vehicles on its platform. 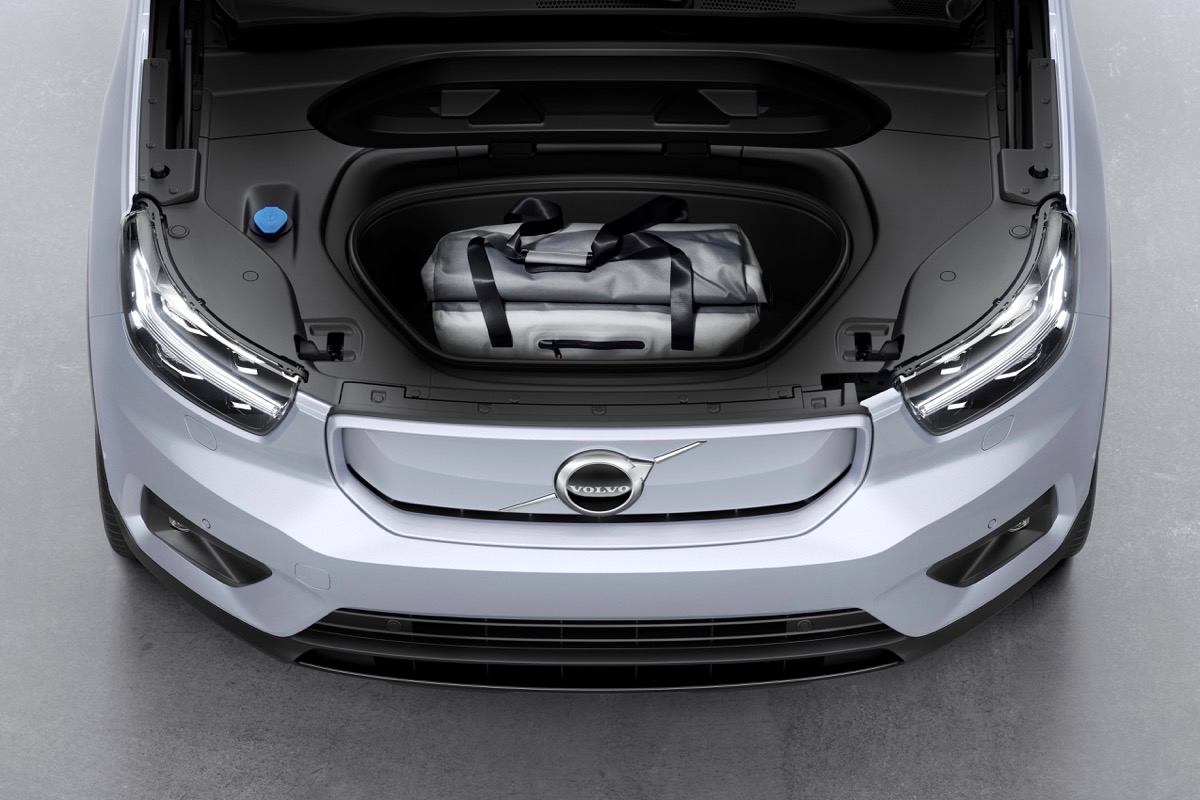 The XC40 Recharge, like all current Volvo models, excels at form and function, catering to its passengers with clever storage, comfort, and convenience features.

A cool benefit of EV ownership is the extra storage freed up under the hood when you don’t have a gasoline engine. The front trunk (“frunk”) in the XC40 is a great place to store the vehicle’s charging cable, a briefcase, or backpack.

In the cabin, ample cubbies and nooks hold the essentials of modern life. The door pockets can handle water bottles. There’s a bag hook on the passenger dash. There are map pockets on the backs of the front seats. USB power ports in front and rear recognize how essential handheld devices are today.

The XC40 Recharge offers up to 1,628 litres in its cargo area with its second row of seats folded flat. It also has a maximum towing capacity of 907 kilograms (2,000 pounds). 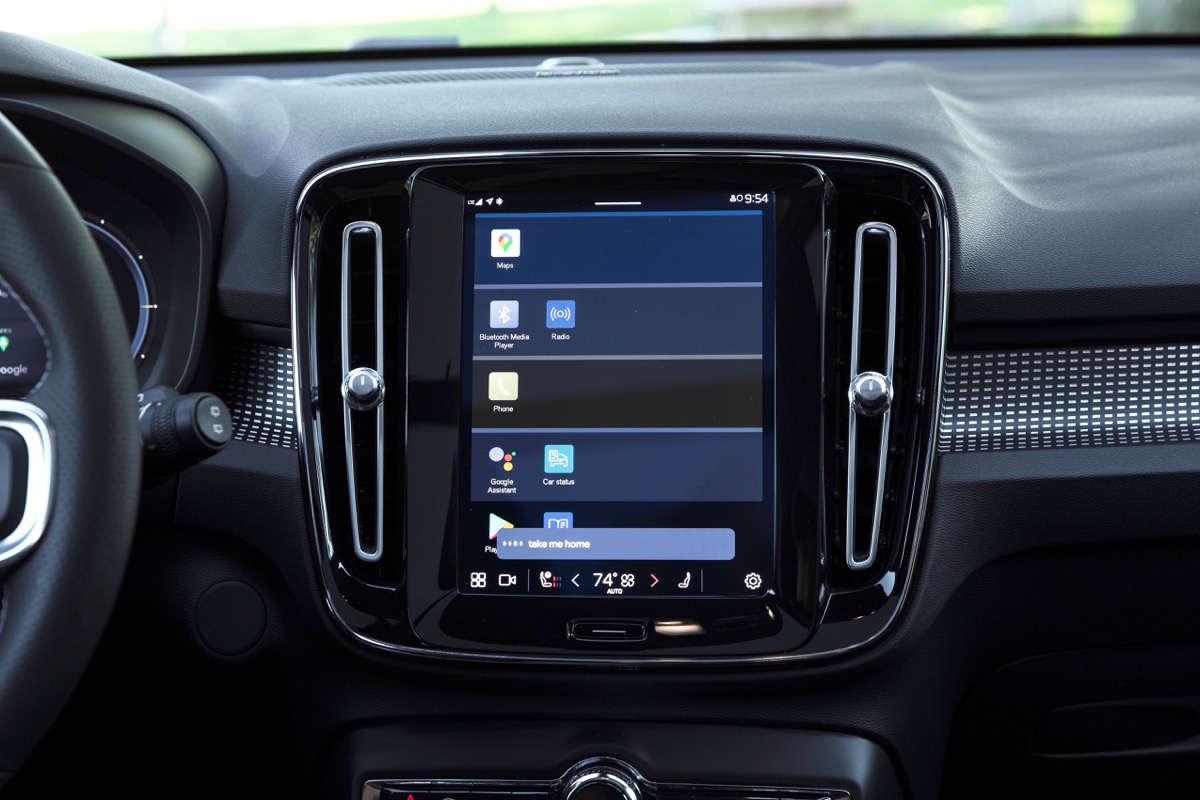 Beyond its powertrain, Volvo has loaded the XC40 Recharge with tech.

Crucially for an EV, the Recharge is available with a heat pump to support the climate control. It actually extends the range of the XC40, and it operates transparently to the driver, switching on and off with the air conditioner. Volvo says the heat pump works on the same principles as a refrigerator, moving heat “using the compression and expansion work from the refrigerant cycle. The heat pump can either use the waste heat from the battery and electric drive motors or the ambient temperature as a heat source.”

A 9.3-inch centre-stack touchscreen and 12.3-inch digital instrument panel feature new graphic design, menu structures, and functions. The XC40 Recharge also features the Android Automotive operating system, so Google Maps, Google Assistant voice control, and the Google Play store are all built in as well as SiriusXM satellite radio. Drivers can connect their existing Google accounts to the system and access their saved contacts, locations, and calendars. They don’t have to have an Android phone to interface, though. Apple CarPlay and Bluetooth are standard as well, allowing non-Android users to connect their phones as well.

The infotainment system can also get over the air (OTA) updates, with the owner making final decisions about accepting or rejecting updates (just like smartphones and tablets). The XC40 Recharge can also update vehicle software with the OTA capability, without any need to visit dealerships.

One feature Volvo must update is how the XC40 Recharge reports its range and state of charge. Rather than give a countdown of range with available kilometres remaining, the Recharge instead shows a percentage of remaining charge. This keeps drivers from focusing on the numbers, which are estimates anyway and vary based on conditions and driving approach. The Recharge and the Android Auto system can guide drivers to charging locations along their routes to help avoid running out of power.

Just one problem with this strategy: It’s awful. We estimate our drives by distance, not by percentage of charge. Depriving drivers of this information can trigger range anxiety—precisely what an EV company hopes to avoid. Maybe spending more time behind the wheel of the XC40 would help afflicted drivers to get comfortable with a percentage readout rather than an estimate on remaining kilometres, but a week of driving didn’t make things any better for us. 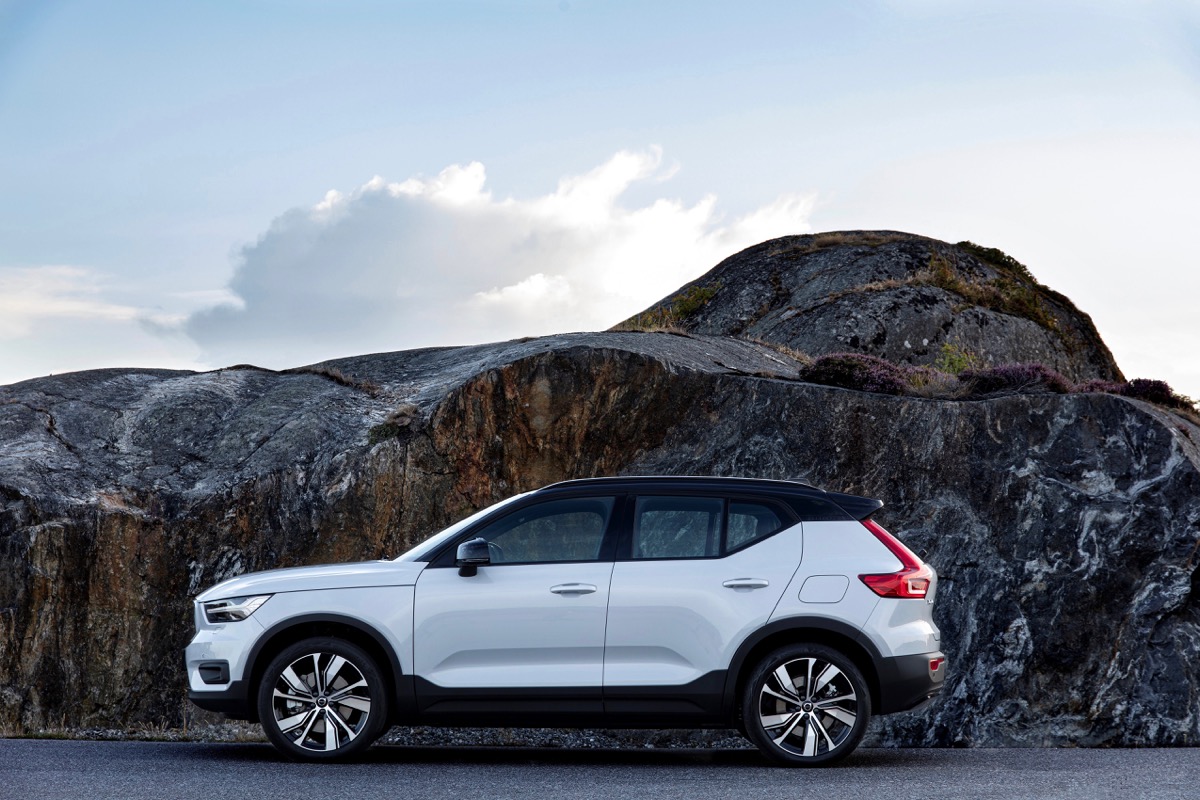 The Insurance Institute for Highway Safety (IIHS) awarded the 2022 Volvo XC40 Recharge its highest Top Safety Pick+ rating. The National Highway Traffic Safety Administration (NHTSA) hasn’t released crash test ratings for the Recharge yet but gave the gasoline 2021 XC40 T5 AWD a five-star overall rating (its highest). No surprises here, as Volvo has built and maintained its reputation for safety over generations.

A new sensor platform debuts in the Recharge, enhancing the active safety features with additional capability to integrate the cameras, radar, and ultrasonic sensors in the vehicle into the vehicle. This platform will spread to the rest of the Volvo lineup over time.

Additionally, the Volvo XC40 Recharge comes with Volvo’s Connected Safety. This system uses the SUV’s communications system to send information about potentially hazardous road conditions to the cloud, where a network shares it with other connected Volvo vehicles. When the vehicle receives data, it will notify the driver or take evasive action, depending on which course is safer and more suitable. Doesn’t that sound a bit like the future? 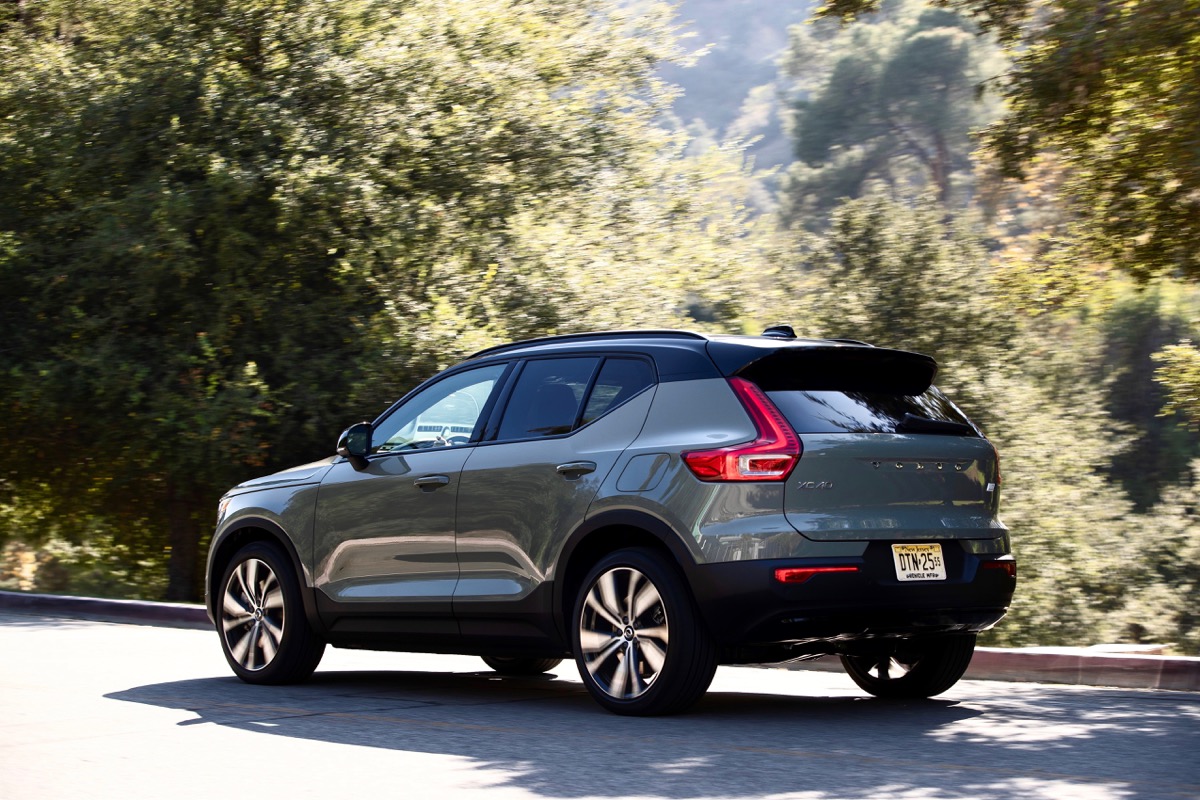 A roof spoiler is available for $535, and buyers can add an exterior styling kit for $2,730. A small handful of equipment options are also available. Black Stone paint is standard; four additional paint colours are available ($900). The Climate package ($1,500) brings heated rear seats, a heat pump, high-pressure headlight cleaning, and a heated steering wheel. Front and rear mud flaps are available ($215), as is a $1,850 trailer hitch.

Even with Quebec’s incentive, the Recharge is substantially pricier than the gasoline-powered XC40, which has a starting price of $39,950 for the T4 Momentum trim and goes to nearly $53,000 for the top-of-the-line T5 Inscription model.

The XC40 Recharge's pricing looks more reasonable compared to other electric crossovers like the Tesla Model Y (starting at $76,990), the Ford Mustang Mach-E (starting at $51,495), the Audi E-Tron (starting at $86,900), and the Jaguar I-Pace (starting at $99,800). More compact electric SUVs are on their way in both luxury and mainstream garb.

The 2022 Volvo XC40 Recharge AWD points toward Volvo’s electric future, an excellent direction for the company and its loyal customers.

Adrian It's a bit smaller

Looking for a Used XC40 in your area?